Knowing When to Let Go in This New Year! 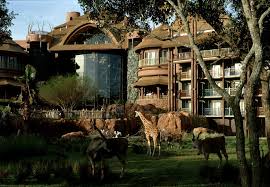 A wise gentleman, one of my mentors,  was a lover of the Animal Kingdom and all things that dealt with nature. National Geographic was a mainstay of his. He always said there was a lot we can learn from the animals and their nature. He once told me the story of a way monkeys were trapped with a barrel and a banana. He said a heavy wooden barrel had a hole cut into the side and a banana was placed inside the barrel. The monkey was enticed by the banana and would reach into the barrel and grab the banana only to realize he could  not pull it out through the hole with a clinched fist.

Now we would think certainly the monkey would release the banana and go on his way to look for others. That is not in his nature. His nature is to hang on to the fruit. He would be found there still hanging on when his trappers returned. To his detriment he hung on too long.

I know many times I have been like that monkey. The mentor I mentioned was explaining to me about a sale I had in mind. His experience told him it was not to be and he was letting me down gently. I eventually learned in sales those sales were known as china eggs. Eggs that will never hatch.  After that I learned to identify them and let them go.

Thinking only of the reward ahead and not of the predicament one is in can dim one’s judgement. Our hope can be so great we are blinded. Our hope can also be fueled with bait like the banana which draws us further into our course of action, wrong as it may be.

The question is when do we let go? I am fond of the positive advice, “Don’t let go before the blessing!” I understand it as well as , “Never Give Up”.

But there are times and circumstances when letting go must be considered. There will or should come a time when even the monkey realizes he is not getting the banana. It is then he should change course, withdraw his hand and preserve his life. I know that most times our circumstances are not life threatening but they are important to us.

Someone once said. “ Don’t cling to a mistake just because you spent a lot of time making it.” Each of us must decide if it is time to let go. Are we looking at a china egg that will never hatch? Are the promises any closer or are they farther away? Is the timeline expected come and gone? Is the price higher than first thought? What is your gut telling you? It may be time to let go.

Email ThisBlogThis!Share to TwitterShare to FacebookShare to Pinterest
Labels: Doyne Phillips, Knowing When to Let Go in This New Year!, Managing Editor for Southern Writers Magazine