How I Do It: Novel Writing 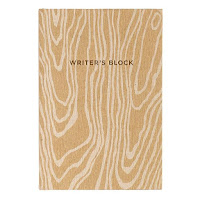 I’ve developed a system for novel-writing that helps me avoid dreaded “writer’s block,” and gives me tons of great ideas from which to choose when it comes to “what’s going to happen next.”

Since I’m a seat-of-the-pants writer, I don’t do any formal plotting before starting to write a novel. I simply dive right into the center of an active scene in order to grab and quarantine the reader from page one. And I begin building on that scene.

As I get a few pages into the manuscript, I naturally get ideas about what can happen next. Since I don’t want to forget any of those gems, I simply go to the end of the manuscript and start writing them down. These can be simple sentences and quick bullet points.

As the story gets longer and I’ve collected more ideas at the end of the manuscript, I begin putting those ideas about what can happen next into categories based on each of the main characters. For instance, in my latest novel, Signs of Life, I created categories for Portland PD Detective Wayne Deetz, Teen Shooter Rogan Sneed, etc. I bold-face each character’s name and beneath each there are soon dozens of ideas about what can happen next with this character. 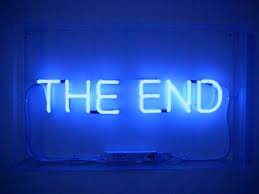 Also, I create a category entitled “Possible Endings.” This is where I throw all my ideas about how the novel can come to an amazing conclusion.

Here’s why this system works so well for me. When I get into work in the morning, I can quickly re-read the last chapter or two that I wrote, then go to the end of the manuscript and find the next character from whose point of view I’m going to be writing from that day. I look at all the ideas about what can happen next with that character, choose one, and start writing! There’s no time for writer’s block, because I have plenty of ideas from which to choose.

This system has worked wonder for me and I hope it does for you, too. 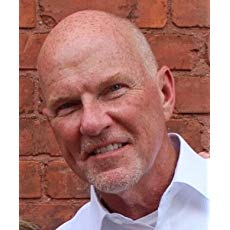 Creston Mapes grew up in northeast Ohio, where he has fond memories of living with his family of five in the upstairs' portion of his dad's early American furniture store - The Weathervane Shop. Creston was not a good student, but the one natural talent he possessed was writing.He set type by hand and cranked out his own neighborhood newspaper as a kid, then went on to graduate with a degree in journalism from Bowling Green State University. Creston was a newspaper reporter and photographer in Ohio and Florida, then moved to Atlanta, Georgia, for a job as a creative copywriter for a printing firm/ad agency. Creston served for a stint as a creative director, but quickly learned he was not cut out for management. He went out on his own as a freelance writer in 1991 and has been doing it ever since--for Chick-fil-A, Coca-Cola, The Weather Channel, Oracle, ABC-TV, Johnson Controls, TNT Sports, colleges and universities, ad agencies and more. He's ghost-written more than ten non-fiction books. Along the way, Creston has written seven contemporary thrillers, achieved Amazon Bestseller status, and had one of his novels (Nobody) optioned as a major motion picture. His hope is to continue writing fiction into the sunset.Creston married his fourth grade sweetheart, Patty, and they have four amazing kids who range from about 20 to 30 years old. Creston loves his part-time job as an usher at local venues were he gets to see all the latest-greatest concerts and sporting events. He loves reading, fishing, time with his family, and dates with his wife.Keep informed of special deals, giveaways, new releases, and exclusive updates from Creston: http://www.crestonmapes.com/contact

Email ThisBlogThis!Share to TwitterShare to FacebookShare to Pinterest
Labels: "The Good Wife", Creston Mapes, HOW I DO IT, Southern Writers Magazine's blog Suite T