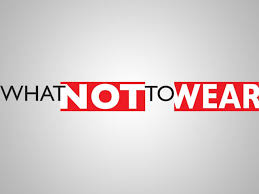 Remember the show "What Not to Wear"?  Speaking only for myself, these are the elements which, as a reviewer, make me less than happy and will often cause me to lower the rating given on a review. In my previous list, I intentionally left out Element 8:  Pitfalls, in Part One, on Friday's blog post,  which would fall under being a cliff hanger/portent.  Here it is.

8.  Pitfalls –This is probably the area of greatest controversy, and one about which I feel most strongly.

Prologues can work as long as they are directly related to the plot and are not something lifted out from the middle of the story and inserted at the beginning as a substitute for a solid hook.  There have even been instances where so doing completely spoils the suspense which should have come later.  However, seldom has there been a book where the prologue could not have been done without.

Cliff hangers/portents are almost always completely unnecessary and, in a sense, insulting to the reader.  It’s the sign of an author who doesn’t trust their plot, so they feel they need to push their audience along; i.e., “Then we found the body.”  Well, of course you did.  It’s a murder mystery.

If one reads a story, leaving out every portent, it becomes clear how unnecessary they are. The plot-thread cliff hanger at end of a book is something else entirely.  Life doesn’t have neat stops and starts.  Nor need do books.  Readers want to know what will happen in the future, so carrying on a plot thread does work to keep a reader interested in a series, but it’s not enough on its own. 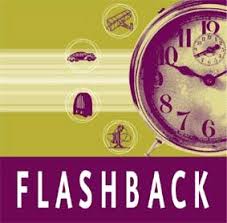 Flashbacks and multi-POVs can work and be very effective.  But care must be taken that the transitions are clear, and their use enhances the plot.  Flashbacks, particularly, can feel as if it’s filler, if not used well and done with purpose. 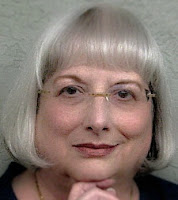 LJ Roberts was born with a book in my hands.  She is a reader and reviewer of mysteries; a compulsive hooker--the crochet kind, not the street kind--and one who never leaves home without her camera. Her reviews are seen by over 13,000 people/review, including a monthly email list of 500 subscribers. In 1993, she became the coordinator of the East Bay Mystery Readers' Group. LJ started reviewing formally in 2004, spent three years evaluating manuscripts for Poisoned Pen Press, and was a paid reviewer for The Strand Magazine. In 2010, she started my review site "It is purely my opinion," and is a Top 1% Reviewer with over 1,300 followers on Goodreads athttp://www.goodreads.com/user/show/250195, as well as in the print magazine Mystery Readers Journal, and on numerous online sites.