ARE YOU PLAYING OUT OF POSITION? 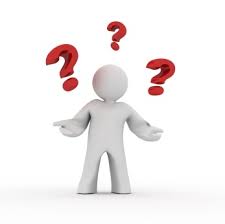 Here’s a question. If during the Super Bowl, the Head Coach of one team decided to move an offensive lineman to the Quarterback position or during a World Series, a manager made a move to have his Pitcher play 3rd base. What would the reaction be? Fans would set their hair on fire and the coach and manager fired on the spot. Why? It’s simple. You don’t play people out of position. Each player has a skill set, training, aptitude and desire to play a position they can succeed in.

As a writer, are you playing out of position? Are you writing in your own voice and playing to your strong points? Are you playing at the best position to succeed as a writer? As a young man just out of college and starting out in broadcasting, I was given the opportunity to do the play-by-play for high school football on a tiny rural radio station. I dove in head first. One game I imitated ABC’s Keith Jackson, the next I mimicked a legendary local college announcer, another I copied Dick Enberg of NBC. Different voice every game. Some people told me I did great. My friends told me I stunk.

Always good to have honest friends. Why did I stink? I was playing out of position. Rambling on in a forced voice, not of my creation and a hopeful career as a play-by-play announcer disappeared like a rabbit in a hillside of kudzu.

Years down the road I once again decided to dive in head first. Fiction writing this time and right off the bat I became a running back trying to play left guard. Out of position again. I tried to write flowery prose like James Lee Burke, create diabolical characters like James Patterson and capture the quirky humor of Carl Hiaasen. I thought it was great. Those same honest friends told me it stunk. So, I changed positions. I went back to playing where I felt comfortable. In my case, that was simply dumbing things down to my level. My ability with prose and plotting is limited. I am a simple storyteller. So once I grasped that reality, it led me to create characters and stories that fit my own simple voice. Their words and actions began to fit as comfortable as an old pair of work boots and soon I enjoyed spending time with them. 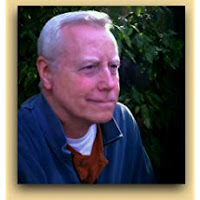 Cliff Yeargin has spent his life as a “Storyteller”, the bulk of that in a long career in Broadcast Journalism as a Writer, Producer, Photographer and Editor. He is the author of the Award Winning Jake Eliam ChickenBone Mystery Series. The books include Rabbit Shine, Hoochy Koochy, named The 2016 Georgia Author of The Year Silver Medal Finalist in the Mystery Category and the latest book in the series, the just released MudCat Moon. Yeargin has returned to his native Georgia home and works at CNN. Follow the series @ cliffyeargin.com Blog http://www.cliffyeargin.com/blog Facebook facebook.com/cliffyearginbooks Twitter @cliffyeargin   Instagram https://www.instagram.com/cliffyeargin/