Filling in the Blanks


By Ann H. Gabhart, Author of River to Redemption

When you’re writing fiction, you have to fill in many blanks to make a story come to life. Sometimes all those answers must come from your imagination. Other times, if you write historical fiction the way I do, some of those blanks are filled in by actual happenings that inspired you to write about that era.

Usually, when I come across history that lights up my imagination, I research the time period, read all I can about the background I’m using and then drop in my fictional characters to take part in those historical events to see what happens next to them. But when I stumbled across the idea for my new release, River to Redemption, I had to do things a bit differently.The story is based on the actions of a slave named Louis who heroically buried fifty-five victims of a cholera epidemic in the small town of Springfield, Kentucky in 1833 and then the subsequent actions of the citizens of that town in 1845. While all the other characters in the story are fictional people I did drop down into the town, the actions of this man, Louis, who actually walked Springfield’s streets at one time, inspired my story.

Therefore, I had to find a way to bring Louis to life in my story.

I couldn’t locate much information about the man except for what he did during the cholera epidemics and how the town eventually came together to reward him for that. However, by dwelling on those events, I began to see this man, Louis. He had to be strong to dig so many graves single-handedly. He surely had a close relationship with the Lord to be willing to serve his fellow citizens in a town where he had no individual freedom. He must have been kind and humble. As I filled in the blanks of what kind of man he must have been, I began to have a vision of this man, Louis. He is not a main character, but his actions set everything else in the story in motion. So he had to be right. 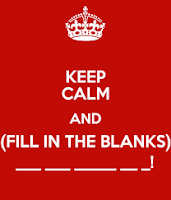 Whether you are writing a story with all fictional characters or if you are dropping actual historical figures into your story-line, you have to fill in plenty of blanks about those people. You need to know more than the color of their eyes and hair. Blanks do need to be filled in about how characters look, but you also need to fill in the blanks about what makes your people tick and how they might react in various circumstances.

Ann H. Gabhart is the bestselling and award-winning author of several Shaker novels—The Outsider, The Believer, The Seeker, The Blessed, The Gifted, and The Innocent—as well as These Healing Hills, Angel Sister, Small Town Girl, Love Comes Home, Words Spoken True, and The Heart of Hollyhill series. She is also the author of the popular Hidden Springs Mysteries series, as A. H. Gabhart. She has been a finalist for the ECPA Book of the Year and the Carol Awards, and has won two Selah Awards for Love Comes Home. Ann and her husband enjoy country life on a farm a mile from where she was born in rural Kentucky. Learn more at www.annhgabhart.com.

Email ThisBlogThis!Share to TwitterShare to FacebookShare to Pinterest
Labels: Ann H. Gabhart, Author of River to Redemption, Filling in the Blanks, he Outsider, The Believer, The Blessed, The Gifted, The Innocent, The Seeker