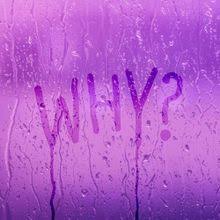 Why do I write fiction? Because fiction gives my mind room to roam, room to be creative, room to develop tension, face anger and resentments, and room to resolve problems that mend broken lives.

What fun it is to allow my thoughts to expand beyond the barriers of my mental safe zone? Writing romantic suspense blends spine-tingling action with tears and laughter, ending with hearts filled with love. “Happily ever after” is always a welcomed, satisfying ending.

I have progressively learned to broaden my creative juices to come up with novel ideas. Several years ago, while I was taking the Journeyman class with The Christian Writers Guild by Jerry Jenkins, one of the lessons instructed me to read the headlines and titles in newspapers and magazines. The next step was to read between the lines of these titles and ask, “What if?”

For example, one title was, “Businessmen Deposit Large Sums as Investments.”

I read between the lines:

What if the businessmen deposited their money and didn’t know their investments went toward the purchase of illegal weapons?

What if the vice president of the bank was involved with the cartel trafficking these illegal weapons?

What if the ATF had to put undercover agents into the streets of Memphis to find and expose the cartel who were buying, selling, and transporting illegal weapons?

What if someone in the ATF was a rogue agent involved with the cartel?

Asking these questions resulted in the birth of Fatal Assignment, the first book in my Impending Judgment trilogy. It grew from one to three novels as my imagination expanded and allowed new, exciting ideas to pop into my head.

Since then, I’ve continued to ask “what if” every time I read a magazine or newspaper because I discovered creativity is only a thought away. One idea built upon another forms a variety of scenarios and sends adrenaline soaring.

In my novel Breathing Shadows, the second book of my trilogy, Jenny mourns for years over her fiancee's death. She learns after a near-death experience and frightening shadows outside her window that her fiancee staged his own death to become a notorious drug lord. He’d chosen drugs over her. Billy, an ATF agent, is in love with Jenny. He struggles to protect her from the cartel and from a stalker—the story goes on to include more tension, several twists, and mixed emotions.

Although I’m unpublished at this time, my award of first place for Breathing Shadows in the romantic suspense category of the Foundations Awards at the 2018 Blue Ridge Mountain Christian Writers Conference confirmed I have successfully increased my imagination and created an exciting story. 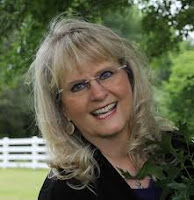 Loretta Eidson writes romantic suspense. She has won and been a finalist in a number of writing contest, including: first place in romantic suspense in the Foundations Awards at the 2018 Blue Ridge Mountain Christian Writers Conference, was a finalist in the 2018 Fabulous Five, a semi-finalist in the 2018 Genesis, a double finalist in the 2017 Daphne du Maurier Award for Excellence, won first place in romantic suspense in the 2014 Novel Rocket Contest, a 2014 Genesis finalist, and a 2013 and 2015 Genesis semi-finalist. Loretta lives in North Mississippi with her husband Kenneth, a retired Memphis Police Captain. When she’s not writing, she enjoys spending time with her four grown children and twelve grandchildren. She loves dark chocolate, salted caramel lava cake, and hot buttered popcorn. You can connect with her online: www.lorettaeidson.com  www.facebook.com/loretta.eidson.7   www.twitter.com/lorettajeidson