By Kristin Billerbeck, author of The Theory of Happily Ever After

“Voice” is such an important part of “writing.”  We love authors for their individual voices and the way they tell their stories.  The wry wit of Jane Austen, the verbose word pictures of Dickens’s characters, the soothing Southern ambiance of Pat Conroy’s prose, they are all recognizable by their voice.  As writers, we must be brutally honest with ourselves about what we bring to the table as a storyteller.

I published many books before I found my voice.  I was writing sweet, Christian romances about kindly, generous heroines. It turned out, I identified more with the heroine of “Bridget Jones’s Diary” than I did my own heroines. Even Scarlett O’Hara with her spoiled southern ways spoke to me in her clear cut fashion and survival nature.  I’m not proud of this discovery, but I had to admit, it was the truth.

At that point, I sat at my desk and wrote one chapter in first-person present and told the awful truth as I understood it — as an aging Christian spinster in a church singles’ group.  That book became my best selling, “What a Girl Wants.”

At the time, I didn’t hold back because I didn’t know any better.  I didn’t know it would be offensive.  I didn’t make it politically correct.  I wrote about the unfairness of being a good, godly young woman and waiting while all the eligible bachelors at church snapped up the young, hot chicks straight out of college.

So you have to ask yourself when searching for your voice, what’s your truth?  When you look around your world, what injustice makes you feel undone? Maybe your voice and passion come in your settings.  Do the intricate veins on a leaf make you contemplate life as a whole? When you walk in a Civil War graveyard and read an epitaph, are you compelled to tell that person’s story and imagine yourself back in 1861?

If you were to sit down and write a tale about something that unsettles you and feels like a grand injustice in the world, what would it be?  What is your truth as an author? Your voice will come from that truth.  Write down something only your best friend knows about you. Is it part of your story?

Now for the negative. when you write the truth, it will polarize readers.  That’s why so many authors play it safe and write sweet, little stories that won’t stir the literary world. 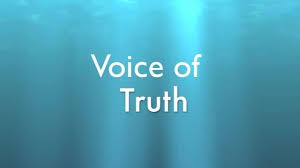 When I wrote my latest, The Theory of Happily Ever After about a research scientist bouncing back after a setback, I definitely heard from people who disagree with my take on overcoming depression as a Christian.  With What a Girl Wants I even got called a choice name or two — things that probably shouldn’t be uttered from a Christian’s mouth. (There are a few verses on judgment after all.)  But that result is inevitable if you voice your truth.  You’ll trigger someone. But look at it this way, you’ll make them feel something.  Maybe they needed their world rocked a little.

Kristin Billerbeck is the author of more than thirty novels, including What a Girl Wants and the Ashley Stockingdale and Spa Girls series. She is a fourth-generation Californian who loves her state and the writing fodder it provides. Learn more at www.KristinBillerbeck.com.