When is the Story Ready for the World? 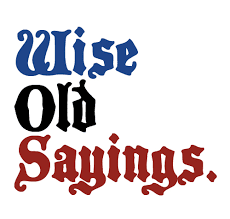 There’s a wise old saying that fiction isn’t written, it’s rewritten. Even after revising draft after draft until the narrative seems to flow effortlessly, in truth you’ve probably just reached the eighty percent mark. From there, if a publisher feels your work is good enough but in need of a development editor to “really take it home” (make it marketable), you’re in for at least an additional three revisions. In short, you’ve managed to earn a B+ but only an A+ will do.

Take my recent foray into the world of the traditional village mystery for example—a double transatlantic “cozy” involving two sister villages located on both sides of “the pond”. Not at all the same old, same old, like a Miss Marple, with its sedentary armchair detective, idyllic sense of place that hasn’t existed for decades, and unpleasant victim or victims leaving the reader free to focus solely on the puzzle. Nowadays, the sleuth has to be someone to identify with, the sense of place provocative, the victim simpatico and worthy of the quest for justice, etc. All of this in the light of leading authors working today in this genre.

With all of this as a given, here is where the first developmental phase comes in. Call it a spring forward/pull back overview. As a prime example, we can cite New York Times bestselling author Louise Penny’s Still Life.  This first of a series starts off with the demise of Miss Jane Neal, a seventy-six-year-old spinster, walking in the woods on the outskirts of the remote village of Three Pines on the Quebec border where she meets her untimely end. At this juncture, it seems that readers expect to pull back and get to know Miss Jane, meet her friends and neighbors and become acquainted with her various relationships, get familiar with this quaint locale, learn the significance of Three Pines, Jane’s “Still Life” and it’s double meaning during a telling scene, and so forth.

For my part, having been assigned an editor from Australia, though my narrative had “pace and drive,” my consultant insisted that the circumstances surrounding Emily, my intrepid tour guide’s quest were only touched upon. The demise of Emily’s beloved mentor and father figure was fine as a catalyst, but now was the time to pull back in terms of the overview. Where are we? What is her quaint, Connecticut hometown village like during the leaf-peeper season? What exactly led to her mentor’s dreadful fall? How does she feel about the three siblings she’s about to guide across the pond?  In short, it appears that a cozy writer can’t just get on with it.

The second pass, what this Aussie editor calls “the nitty gritty,” is twice as picky. Anything and everything that might give the reader pause must be dealt with. Why is Emily meeting Harriet (a person of interest and Emil’s chief client) in Bath of all places? How did Harriet’s testy note wind up in the rose garden in Penmead? What is Emily’s prior experience venturing into the foggy, mist-sodden moors? And on and on it goes.

No doubt the third critical foray will consist of dealing with the gaps I failed to adequately address as she checks over how things stand and what more has to be done. I’ll just simply have to wait and see. Needless to say, at this point I’m amazed at how fond I was of my original final draft. 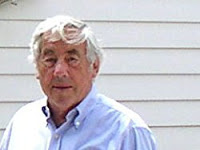 Email ThisBlogThis!Share to TwitterShare to FacebookShare to Pinterest
Labels: Lilac Moon, mind the gap, Shelly Frome, Sun Dance for Andy Horn, Tinseltown Riff, Twilight of the Drifter, When is the Story Ready for the World?