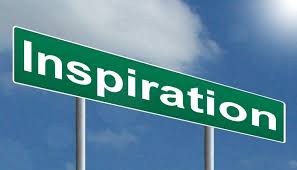 Where do I get the inspiration from to write?

In some respects I’m very lucky that I can refer back to my previous occupation to draw on real life experiences. Although when I do start writing the original idea sometimes fades away as the pen takes over and can take me off on tangents from the first thoughts.

On other occasions people-watching or meeting strangers can all of a sudden spark a thought or a series of thoughts leading to the commencement of a book.

As a for instance: I was due to fly from Birmingham, UK to Spain and was shuffling along the aircraft aisle as I looked at my ticket, seat 3f. On arrival at my allocated seat a lovely young woman stood in the row. I asked her what was her seat number. It was the middle seat so offered her the window seat allocated to me. We chatted and on arrival said our goodbyes (I still keep in touch). It was then I had a spark and thought, what if a murderess chose her victims who sat in seat 3f, and so off I went which turned out to be a psychological thriller entitled ‘Seat 3f.’

On another occasion I met a woman in my bank in Spain, we chatted had a coffee after where she declared she was a tarot card reader; then suddenly, I had another inspiration which resulted in writing a spy novel ‘Gift or Curse.’

I am no different than other authors, I require peace and quiet to write, although the radio is always on as it helps me concentrate, but no people around, unless they make coffee then leave me to write!

I now living in Spain which provides me with, give or take, around 10 months of brilliant sunshine which does help; although when temps reach 45C/120f it does take some effort to concentrate.

Have I any advice to others: I consider myself to be a novice author and am still learning, so I can only pass what I have picked up from others and reading. 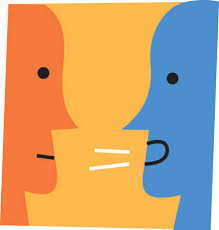 One of the best pieces of advice was when two people are talking give the reader the sense to know who is talking instead of he said–she said. Open the conversation between two people, Jim said to Yvonne ‘how are today?’ ‘I’m fine but tired from all the work.’……………………. There’s no need after the opening question to Yvonne to say she replied………….

Also not to over embellish, as it can lead to people skipping pages or even putting a book down never to be picked up again. I have picked up some books that go off into tangents that have nothing to do with the plot.

Roger Rapel was born just after the Second World War, and brought up in the austerity of rationing in the fifties. I left school with no formal qualifications at 15, entering the University of Life. I bummed around from job-job, including service as a merchant seaman, I then joined the police. Spending 30 years in the UK police; retiring as a detective sergeant. During that time I served in many depts. including tactical firearms, drug squad,CID and Crime Squads to name a few, but was always front line. I’m the author of Retribution, Missing, Gift or Curse, Abducted and Cindy Where Are You. My social media links are: Website: www.rogerrapel.com  Twitter: https://twitter.com/david_parleFacebook: https://www.facebook.com/david.parle1Linkedin: https://www.linkedin.com/in/david-parle

Email ThisBlogThis!Share to TwitterShare to FacebookShare to Pinterest
Labels: Abducted, Cindy Where Are You?, David Parle, Gift or Curse, Missing, Retribution, Roger Rapel