Snags & Hooks: Keep Your Own Counsel 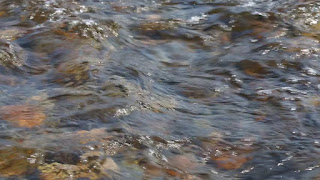 Have you ever looked into a clear mountain stream and watched as the water flowed quickly and evenly over a bed of smooth stones? Or seen the froth bubbling up where the same flow encounters a sharp-edged rock protruding above the surface? I find similarities between that stream and the writing and editing process.

First, let me stress how crucial I believe it is for a writer, whether an old hand or a novice, to belong to a critique group. I’ve been writing for over fifteen years, but have never taken a piece of work to my critique group that wasn’t improved through the process, sometimes a little, sometimes a lot. Still, there are a few factors all writers should keep in mind.

Most critique groups have members with varying skill sets, varying degrees of craft knowledge, and possibly, genre focuses quite different from your own. Even so, those members might not hesitate to offer advice—some of which might be spot on, other times not so much.

The writer needs to carefully sift through all those suggestions and, in the end, choose only those that feel relevant to the work. Taking everyone’s advice all of the time can leave you with a technically well-written piece that interests no one. All its sharp edges and, more importantly, the author’s voice will have been stripped away much like the water has removed the edges from those smooth stones in the stream bed.

Earlier this year I was awarded first prize in a literary journal’s fiction competition—money and publication. I was on Cloud 9, of course, until I received the editors’ (more than one) suggested changes. As I went through the comments, I realized one thing: If the judge who awarded me the prize saw this story in its present state, she wouldn’t have recognized it.

The editors’ notes explained how their suggestions were “just moving the story along.”
In one section where I’d written … a nice little bottle of chardonnay they’d picked up at the corner market… the comment was “what’s this have to do with the story? Cut it.” My answer was simple. It and a spate of other similar phrases are, in fact, a critical part of the author’s voice. They’re everything to the story. Fortunately, a senior editor spied the damage about the same time I did, erased the prior suggestions, and left the piece pretty much intact. 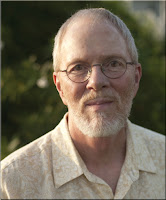 A two-time Pushcart Prize nominee, award-winning author Bob Strother has over one hundred and twenty-five stories, essays, and poems in print. His work has been published internationally and adapted for film. Previous publications include a collection, Scattered, Smothered, and Covered and a novel-in-stories, Shug’s Place. His novel Burning Time, and its sequel, A Fire To Be Kindled were released in 2015 and 2017, respectively, through moonSHINE review press. Bob’s short story “The Peanut Man” was awarded second place in the magazine’s 2015 Fiction Contest.  Bob lives with his wife, Vicki, in Greenville, South Carolina.

Email ThisBlogThis!Share to TwitterShare to FacebookShare to Pinterest
Labels: A Fire to be Kindled, and Covered, Bob Strother, Burning Time, Scattered, Shug’s Place, Smothered, Snags & Hooks: Keep Your Own Counsel