Inventing Christmas with One Book 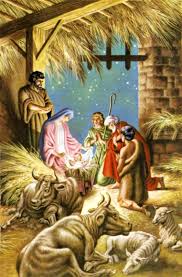 If you are thinking about The Bible when you read that title, that’s not the book I’m talking about. The Bible will tell you the story and events leading up to Jesus birth and beyond. It’s truly the reason for the Christmas season.  It’s interesting as much as I love the book, The Christmas Carol, I knew very little about how it came to be a centerpiece of the Christmas celebration that we observe. I’ve blogged about The Christmas Carol and readings performed by Dickens’s great grandson. The blog post titled about the readings I read is at this link, "Writing a Christmas Legacy That Will Last For Generations."

After reading the book by Les Standiford and watching the movie, The Man Who Invented Christmas, I learned things that would help every author. I urge every writer to see this movie. I googled and learned things that amazed me. By dissecting Dickens’s process portrayed in the movie and book, you get a glimpse of his work from his inspiration to distribution of the book.

Dickens had much success with his books prior to The Christmas Carol. However, his last three published books from a London publisher were failures. He needed a hit. He pitched the idea of his Christmas tale. His publishers were not impressed and refused to publish. Dickens believed in the story which, mind you, was still forming in his imagination. He was almost broke with another child on the way, and his philandering father landed on his doorstep. All while he was fleshing out his Christmas Story and trying to get it published. Was he the first author to self publish a story? Probably not. It was fascinating to watch his process of balancing creativity and real life problems, while forging ahead with a deadline of 6 weeks. Can you relate?

At that time in England, Christmas was not really celebrated like we have all come to know as “tradition.” Author Randy Singer, who I interviewed for Southern Writers Magazine wrote a Christmas book, The Judge Who Stole Christmas. In his book, a judge relates the story of the reign of King Charles, when mobs would roam the streets of London, banging on doors demanding food and drink. The carol, “We Wish You a Merry Christmas” was written during that era. It gives a whole new meaning to the song lyrics once you know the origin. “We won’t go until we get some...so bring some out here!” Who knew?

During Dickens’s time, London was as bleak as his books reflect. Queen Victoria was queen and Albert was her husband. He was from Germany, introducing the tradition of the Christmas tree at court. When his publishers rejected publishing his story he just kept moving forward, writing, and self publishing. In the movie, characters come to him and follow him throughout the publishing process. All authors would benefit from watching this movie and get a kick out of his character development process.
I can’t close this blog post without referencing the title. It’s true that Christmas celebrations were forever changed by Charles Dickens imagination/invention, via one little novella, The Christmas Carol. I read The Bible story of Jesus birth and The Christmas Carol every Christmas season. It sets the tone for the Christmas season and both gives hope for the new year.  To all our readers, in the words of Dickens’s Scrooge after the ghostly visits, "I will honour Christmas in my heart, and try to keep it all the year. I will live in the Past, the Present, and the Future. The Spirits of all Three shall strive within me. I will not shut out the lessons that they teach!" In Tiny Tim’s words, “God Bless Us Everyone.” From me, Merry Christmas, one and all and Happy New Year.

Email ThisBlogThis!Share to TwitterShare to FacebookShare to Pinterest
Labels: Annette Cole Mastron, Inventing Christmas with One Book, Les Standiford, Randy Singer, The Bible, The Christmas Carol, The Judge Who Stole Christmas, The Man Who Invented Christmas