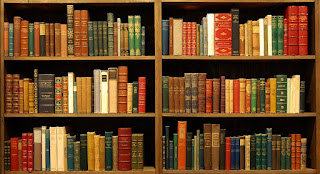 Confession time. I’ve been bingeing. Not on chips—although I do lose my train of thought when I spy an Utz bag—but books.

SWM Editor-in-Chief Susan Reichert reminded us in April about the importance of reading if you want to write. She began her post with this from William Faulkner: “Read, read, read. Read everything - trash, classics, good and bad, and see how they do it.”

So, I embarked on an ambitious program. But where to begin? We’re familiar with suggestions of classics: Moby Dick, To Kill a Mockingbird, Crime and Punishment, etc. Thanks to family, friends, and my book club, I put together the list below.

Some were not for me. I found The Secret History too dark. Likewise, The Master and Margarita, a book club selection I did not finish. Nor did I complete Private (rough language), but I wanted to see why Patterson is so popular. Frankly, I thought The Sun Also Rises disappointingly self-indulgent. (Sorry, Papa.) Okay, here we go.
Fiction:
Major Pettigrew’s Last Stand and The Summer Before the War by Helen Simonson
Commonwealth by Ann Patchett (Read last year: Bel Canto)
The Secret History by Donna Tartt (Read last year: The Goldfinch)
A Moveable Feast and The Sun Also Rises by Ernest Hemingway
Making It Up by Penelope Lively
Confinement by Carrie Brown (Read last year: The First Last Day)
Private by James Patterson
The Master and Margarita by Mikhail Bulgakov
Brave New World by Aldous Huxley
Biographies and Autobiographies:
His Way: The Unauthorized Biography of Frank Sinatra by Kitty Kelley
Agatha Christie: An Autobiography
Wait for Me! Memoirs of the Youngest Mitford Sister Deborah Devonshire
Non-fiction:
The World of Yesterday by Stefan Zweig
Lisbon: War in the Shadows of the City of Light 1939-1945 by Neill Lochery
Status Anxiety by Alain de Botton
Upcoming book club selections:
A Man Called Ove by Frederick Backman, “…a comical and heartwarming tale of unkempt cats, unexpected friendship, and the ancient art of backing up a U-Haul. All of which will change one cranky old man and a local residents’ association to their very foundations.”
and
One True Thing by Anna Quindlen, where “…Ellen has never felt she had much in common with her mother, a homemaker and the heart of their family. Yet as Ellen begins to spend time with Kate, she discovers many surprising truths, not only about herself, but also about the woman she thought she knew so well.” (Descriptions from Amazon.)

Finally, with all that reading—and writing—ahead of you, it’s important you have your space arranged. SWM’s Magnolia Corner has featured authors describing their garrets, offices, and coffee shop nooks. In Rooms of One’s Own: 50 Places that Made Literary History, Adrian Mourby selects authors from Kipling to Kerouac, Pushkin to Proust, Runyon to Rowling, and takes the reader on a journey around much of the world to visit where these literary giants lived, loved, and wrote their enduring works.

Born in Brooklyn, Tricia Pimental’s first book was a memoir about her circuitous path to faith in Jesus: Rabbit Trail: How a Former Playboy Bunny Found Her Way. It was followed by a novel, Slippery Slopes. A second memoir, A Movable Marriage, was published in 2016. All three books have received Royal Palm Literary Awards in the annual competition sponsored by the Florida Writers Association. Other work has appeared in A Janela (the quarterly magazine of International Women in Portugal), anthologies compiled by the Florida Writers Association and the National League of American Pen Women, and elsewhere. She writes for International Living Magazine since signing on in January 2017 as Portugal Correspondent. Tricia and her husband live near Lisbon with their Maltese who, like them, has learned Portuguese. A member of the SAG-AFTRA and a former Toastmaster, she blogs at www.triciapimental.com. Find her on Facebook at www.facebook.com/amovablemarriage and on Twitter: @Tricialafille.