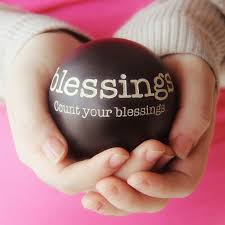 It’s nearly Thanksgiving and I’m counting life’s blessings. One of the greatest is books, and a family that devours them. We’ve read many classics both alone and aloud. Through books, I met mentors for life.

Sad to say, some of those great books are no longer popular. Is it the language, the style that creates obstacles for modern readers? Is it that those books are no longer sitting on end caps in brick-and-mortar stores, and room must be made for the push of new books each month online? I understand the short shelf life of books . . . after all, I’m a twenty-first-century author. But some books bear passing, like torches—setting aflame significant thoughts and ideas for a new generation.

That’s the motivating force behind highlighting Christian classics in my novels—bringing stories of enduring value and the impassioned writers who penned them to new readers.

For example, the Christian’s life journey—its purpose, its pitfalls, its keys to eternal success—is painted in The Pilgrim’s Progress, a seventeenth-century book that was second only to the Bible for generations. John Bunyan’s book is featured as a companion in my novel Promise Me This, a Titanic-through-WWI love story that shows Christ’s sacrificial love for us and our response to that unmerited gift.

The importance and implications of asking ourselves, “What would Jesus do?” in every situation of life is the premise of Charles Sheldon’s nineteenth-century novel, In His Steps. This burning question is repeated by a group of women facing the perils of human trafficking and taking responsibility for sister victims in my book Band of Sisters, which takes place in the era of Ellis Island and the Triangle Shirtwaist Factory fire.

Dietrich Bonhoeffer’s TheCost of Discipleship, written before his imprisonment and execution during WWII, contrasts cheap grace and costly grace—the grace Jesus gave to rescue and redeem us. Bonhoeffer, as a cameo character, challenges an American journalist and the woman he falls for in Saving Amelie, where taking a stand for those most vulnerable in Nazi Germany means laying your life on the line.

Corrie ten Boom’s Christ-driven forgiveness of Nazi murderers—even though her sister was one of their victims (revealed in her book The Hiding Place)—was inspiration for characters facing the unthinkable in their own war-torn family in Secrets She Kept.

The challenge of believing Jesus loves us, died for us, and means for us to spend eternity with Him is brought home through a letter from C. S. Lewis (based on his writings) to my protagonist in Until We Find Home, a WWII Lake District story of embracing refugees, to be released in January.
There’s little we can give this world that will make a difference fifty years from now.  But, if through our writing we share books that have helped us, changed us, we will have shared the rich legacy we’ve received—and a springboard for the faith of a new generation.

Three-time Christy and two-time Carol and INSPY Award–winning author Cathy Gohlke writes novels steeped with inspirational lessons from history. Her stories reveal how people break the chains that bind them and triumph over adversity through faith. When not traveling to historic sites for research, she, her husband, and their dog, Reilly, divide their time between northern Virginia and the Jersey Shore, enjoying time with their grown children and grandchildren. Visit her website at www.cathygohlke.com and find her on Facebook at CathyGohlkeBooks.

Email ThisBlogThis!Share to TwitterShare to FacebookShare to Pinterest
Labels: Band of Sisters, Cathy Gohlke, Christy Award, In His Steps, INSPY Award, Passing the Torch, Promise Me This, Secrets She Kept, The Cost of Discipleship, The Hiding Place, Until We Find Home