Tools of the (Marketing) Trade 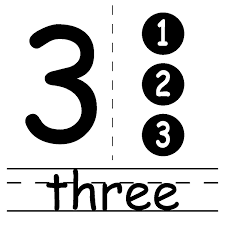 When I realized that I would have three books releasing within a six-month period in 2017, I put on my multiple-book-marketing hat and went to work. I didn’t plan for it to happen this way, but since I was working with three (and now four—more on that later) separate presses, the right hand didn’t know what the left hand was doing. Without an agent or publicist, I worked with each publisher individually.

My first book, Tangles and Plaques: A Mother and Daughter Face Alzheimer’s, (a memoir) released early in February. It was followed a month later by an anthology I edited, A Second Blooming: Becoming the Women We Are Meant to Be. Since these were such different books, I found venues and audiences to fit each, and between March and June I had eighteen events at bookstores and other venues in six states, eleven for Tangles and Plaques and seven for A Second Blooming. Marketing the memoir involved communicating with Alzheimer’s caregivers’ support groups in several cities, and many of those folks showed up at readings and became an important part of the discussion. One group invited me to their meeting, where several of them purchased both books!

For A Second Blooming, I traveled to seven bookstores in five states to join contributors at readings in their hometowns. On a couple of occasions I was able to sell both books—when I was invited to speak on my “late life career” as an author at a women’s conference at a community college, and even at a bookstore that hosted me for one book but loved the other and promoted both in one night. The turnout at these events has averaged around twenty-five to thirty folks, but one event had close to eighty. 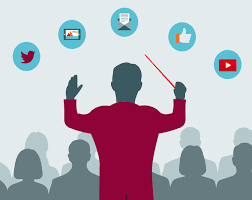 One way I used these first two books to complement one another was by creating marketing materials that featured both of them. Bookmarks and business cards show book covers and author blurbs for both books, and now for my novel, Cherry Bomb. I created fliers for each venue, sent them to the bookstores or event hosts, and posted them on Facebook and Twitter. Afterwards, I blogged about each event and again posted photos on social media. It’s been a busy but fun spring!

Susan Cushman was Co-Director of the 2013 and 2010 Creative Nonfiction Conferences (Oxford, Mississippi). She was also the Director of the 2011 Memphis Creative Nonfiction Workshop. Her memoir, Tangles and Plaques: A Mother and Daughter Face Alzheimer’s is about the decade she spent long-distance caregiving for her mother, who died from Alzheimer’s in May of 2016. Cushman is editor of a collection of essays by 20 women authors, A Second Blooming:Becoming the Women We Are Meant To Be, (Mercer University Press, March 2017). Her novel, Cherry Bomb, will be published in July 2017 by Dogwood Press of Brandon, Mississippi. She is editing another anthology, Southern Writers on Writing, to be released in 2018 by University Press of Mississippi. Cushman also has ten published essays in various journals and magazines and four anthologies. Susan’s web site is www.susancushman.com (which also contains her blog, Pen and Palette). Follow Susan on Facebook and Twitter. Her Amazon author page is here. A native of Jackson, Mississippi, Susan has lived in Memphis since 1988.

Email ThisBlogThis!Share to TwitterShare to FacebookShare to Pinterest
Labels: A Second Blooming: Becoming the Women We Are Meant To Be, Cherry Bomb, Susan Cushman, Tangles and Plaques: A Mother and Daughter Face Alzheimer’s, Tools of the (Marketing) Trade