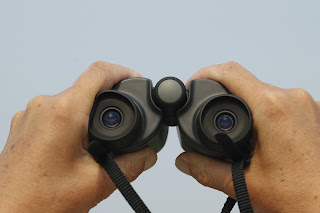 Looking at the bestseller lists today, it’s evident that dual timeframe, or time-slip, novels are a hot trend. So, why the popularity of this genre and is it for you? I’ve written a dozen or so novels in this category so far and enjoyed reading dozens more. Here are a few of my thoughts on the time-slip genre in general.

My latest novel, Before We Were Yours takes place in two time frames––1939 and present day. As Avery, a modern-day senator’s daughter, digs into her family’s hidden ties with the Tennessee Children’s Home Society and a Depression era child-brokering ring, the audience begins discovering the story of twelve-year-old Rill Foss, stolen from her family’s Mississippi River shantyboat in 1939 and placed in an orphan house with her four young siblings.

Why not just write Rill’s story as a historical novel? Interweaving Rill’s narrative and Avery’s offers the opportunity to follow Avery as she ferrets out the truth, bit-by-bit. There’s an added element of suspense. The audience can share Avery’s thrill of discovery. There’s also an added element of relevance. The audience can see how Avery’s intense need to know and her eventual discoveries might affect, alter, and even threaten her family’s future.

The biggest trick to making dual time frames work is in weaving the stories together in a way that effectively moves the plot along. Even though the novel is telling two stories, one narrator’s arc will typically control the pace and drive of the story. That could be the historical arc or the present-day. The higher the stakes for the modern-day character(s), the greater the overall tension. Either way, it’s important to show how the discovery of the historical story will change present-day lives. What lessons will be learned? What habits, self-perceptions, future plans might be changed?  What secrets might be revealed? Does the fate for the free world hang in the balance? Could relationships be destroyed? Reputations ruined? Family harmony upended? 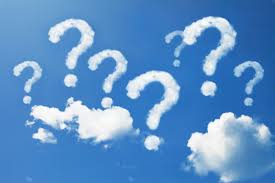 They’re intriguing questions and very natural ones. I think most of us wonder about the rumors, tall tales and oft-repeated anecdotes in our families and communities. Stories in dual time frames are all about discovering connections and unearthing the hidden past. In solidifying the connection, it’s helpful to employ some sort of physical link between past and present—an object, a place, a photo, a written record such as a packet of letters or a journal.

It’s a challenge balancing multiple timeframes within one novel. It falls in the category of double-the-work and double-the-risk, but also double-the-fascination and double-the-reward. There’s twice as much research, but with doubling the research comes the potential for twice as many interesting details, unanswered questions, and nearly-forgotten bits of history. Those elements weave new threads into the story loom. New threads add texture and color and dimension and life.

Ultimately, that’s what we all want from our stories—that they come to life, both inside our minds and, ultimately, on the page.

Lisa Wingate is a former journalist, inspirational speaker, and bestselling author of more than twenty novels. Her work has won or been nominated for many awards, including the Pat Conroy Southern Book Prize, the Oklahoma Book Award, the Utah Library Award, The Carol Award, the Christy Award, and the RT Booklovers Reviewer’s Choice Award. The group Americans for More Civility, a kindness watchdog organization, selected Lisa along with six others as recipients of the National Civics Award, which celebrates public figures who work to promote greater kindness and civility in American life. Booklist summed up her work by saying, “Lisa Wingate is, quite simply, a master storyteller.”Lisa was inspired to become a writer by a first-grade teacher who said she expected to see Lisa’s name in a magazine one day. Lisa also entertained childhood dreams of being an Olympic gymnast and winning the National Finals Rodeo but was stalled by a mental block against backflips on the balance beam and by parents who stubbornly refused to finance a rodeo career. She was lucky enough to marry into a big family of Southern tall tale tellers who would inspire any lover of story. Of all the things she treasures about being a writer, she enjoys connecting with people, both real and imaginary, the most. More information about her novels can be found at www.lisawingate.com.

Email ThisBlogThis!Share to TwitterShare to FacebookShare to Pinterest
Labels: Before We Were Yours, Lisa Wingate, Past Mysteries and Present Day Conundrums – The Art and Science of Working In Dual Timeframes, Southern Writers Magazine's blog Suite T