A CODE BUSTERS TOUR OF JAPAN 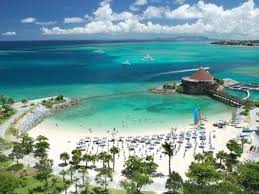 That means “Help!” in Japanese. I figured it was the one word I’d need the most when I headed for Japan on a book tour. The truth is I was a little terrified. Even though I was born in Okinawa (a small island off Japan), I was worried about visiting a country where I don’t speak the language, recognize the alphabet, or know much about the culture. How was I supposed to connect with readers?

But when my Japanese publisher suggested I come meet my “fans,” how could I refuse? This would be a once in a lifetime adventure. All I had to do was brush up on the cultural dos and don’ts so I didn’t bring to shame to myself and my family. I quickly learned about taking off my shoes when entering a home (had to get a pedicure!), bowing instead of shaking hands (I can curtsey like a princess, but bow?) using chopsticks properly (no “chopping” or “sticking” the food), bringing gifts but belittling them (Oh, this old chocolate? It’s from Wal-Mart) and avoiding getting a tattoo (it’s a sign of the Japanese mafia.)

After leaving messages for my family to call the American Embassy if I wasn’t back in ten days, off I went.

I needn’t have worried. From the moment I stepped off the plane, I was taken care of by my wonderful editor, Yuka Hayashi. The highlight of the trip was meeting the students at bookstores and school events. The young fans treated me like a rock star (eat your heart out, Taylor Swift.) After signing hundreds of books and having my picture taken with each and every reader, I didn’t want to leave. The kids brought me cookies, cards, and crafts, and had me sign their notebooks, pencil cases, and origami creations. The bookstore made posters, set up a table in front of the store, and by the time I arrived, 80 kids had lined up, the last one waiting an hour and a half for a book and a signature. Yuka was there every minute to make sure everything went smoothly, and arranged for me to meet my translator, my illustrator, my book designer, my foreign agent, my sales reps and even the boss and the boss’s boss. The publisher made cute little notebooks for all the kids, while I passed out “top secret” code kids. The schools were just as accommodating, the students asked great questions—translated into English—and I even got to have lunch which I got to eat with the kids.

In the rare moments of free time, my editor took me to the electronic district (I got a toy drone for my ten-year-old grandson), the anime and manga shops (a Sailor Moon for the seven-year-old), the Pokémon store (the latest characters for the six-year-old,) and the Hello Kitty kiosk (yet another Hello Kitty for the five-year-old’s collection). I picked up a Mickey and Minnie dressed as a samurai and a geisha for me.

I also learned a lot while I was in Japan. I can say “hello” (konichiwa), “thank you” (arigato), and “my bad” (warukatta), but had to do a lot of gesturing when I needed to communicate important concepts like, “I’m lost,” (shake your head and throw your arms up in the air), “How much does that cost?” (Raise your eyebrows and pull out your wallet), and “More wine, please.” (Point to your empty glass then add a thumbs-up.) 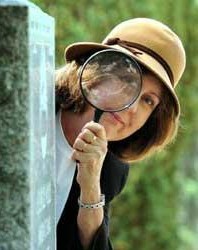 Penny Warner has published over 60 books for both adults and children. Her middle-grade mystery, THE CODE BUSTERS CLUB #1: SECRET OF THE SKELETON KEY, was nominated for an Agatha Award for Best Children’s Mystery. It features four kids who solve a mystery by cracking codes in each chapter. The second book in the series, THE CODE BUSTERS #2: THE HAUNTED LIGHTHOUSE, is set on Alcatraz and won the Agatha Award for Best Children’s Mystery.  THE CODE BUSTERS CLUB #3: MYSTERY OF THE PIRATES’S TREASURE features the California Missions and the state’s lone pirate and was nominated for an Agatha Award and an Anthony Award. THE CODE BUSTERS CLUB #4: THE MUMMY’S CURSE, is set at an Egyptian Museum and offers puzzles about artifacts and mummies. THE CODE BUSTERS CLUB #5: HUNT FOR THE MISSING SPY is set at the International Spy Museum in Washington DC, and THE CODE BUSTRS CLUB #6: SECRET OF THE PUZZLE BOX, set on Angel Island. You can join the Code Busters Club at www.codebustersclub.com. In addition to her Code Buster series, her non-fiction book, THE OFFICIAL NANCY DREW HANDBOOK, was nominated for an Agatha Award.  Her first mystery featuring a deaf reporter, DEAD BODY LANGUAGE, won the Macavity Award for Best Mystery and was nominated for an Agatha and an Anthony Award. She also writes the HOW TO HOST A KILLER PARTY series, featuring a party planner, and DEATH OF A CRABBY COOK series, featuring food trucks. She writes a column for the local newspaper on family life in the Valley, creates fund-raising murder mystery events for libraries across the country, and teaches child development at Diablo Valley College. She can be reached at http://www.pennywarner.com or pennywarnerink@yahoo.com or www.codebustersclub.com.