Reality in your Fiction

Could accuracy in futuristic settings be as important as in historical settings? The shrieks of snubfighters speeding toward the Death Star add to a moviegoer's experience, but novelists must respect immutable laws of science. Most readers know the human ear does not hear sound in a vacuum.

You have the opportunity -- and the challenge -- of engaging readers with more senses than the sight and sound of movies, creating your setting by having your characters experience it in interesting ways. Writing vividly about interactions and sensations within a setting is much more likely to engage your readers than descriptions about the setting or, worse, having one character give details to another character who already knows them.

The setting of your science fiction novel might exist only in your mind, but your fantastic creations must be plausible in the minds of your readers. If you are writing about creatures on Earth's moon, be sure these creatures can function in the actual gravity and rotation of our moon. Even if detailed explanations never wind up in your stories, answers to important questions should be clearly formed in your mind.

How can your hero's projectile-repelling skin regulate body temperature, perspiration, and respiration? Why does the entire planet in your story have the same climate, rather than extremes at the poles and equator? Why isn't your giant creature leaving a crater with each step? 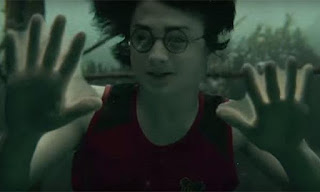 As long as you are consistent and include some familiar aspects to anchor your readers, a few brief, significant details are enough to add credence to your imagined world, especially if readers wish those details could be true. Wouldn't we all like to be beamed up with a teleporter instead of sitting in traffic, or to breathe under water using gillyweed or a device that can fit in our palm?

There is nothing wrong with creating environments beyond the science we know, as long as science is not ignored. Computer tablets with touchscreens or motion sensors, devices that translate the spoken word into other languages, and self-driving vehicles once existed only in science fiction stories, though they are now available in our real world. Star Trek's communicators essentially became available to the average person in 1980's America, and flip-phones are now in our history instead of our future. Yet, the bane of futuristic writers is, if we're not mindful of science, our clever inventions are often proven either too outrageous (jets on your back that don't burn your derriere) or not outrageous enough (room-sized computers controlled by turning knobs).

Also consider the impact a futuristic invention might have on the futuristic culture you are creating. Asimov's Three Laws of Robotics do not tell us about the technological marvel of artificial intelligence, but how robots are integrated into our human ethical, legal, and cultural structures.

So, science fiction storytellers, fill your minds and pages with awesome gadgets, societies, vehicles, planets, spacecraft, biospheres, energy sources, and creatures. Show us the mischief and wonders they cause. But be prepared to do your research.

To download one of my short stories FREE you can email me at MarinaLandry5432@yahoo.com. 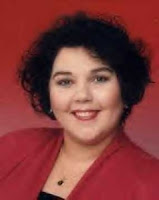 Marina Landry has gained attention in both the romance and science fiction communities for her heart-warming, emotionally intense, character-driven stories.  Her debut novel A Star Called Home (Desert Breeze Publishing) has consistently received five out of five stars on multiple online book review sites. Marina has taught language arts and mathematics in south Louisiana for 18 years. She speaks on the craft of writing and teaches all levels of writers online. Her next SciFi Romance novel Bridges Burning will be released by Desert Breeze Publishing, February 2018. Though her education has not followed a typical path nor timeline, she has Masters Degrees in Education of the Academically Gifted, Secondary Mathematics Education, and Adult Education.  Author Website (and blog):  MarinaLandry.com Facebook link: https://www.facebook.com/MarinaLandryAuthor/
Twitter link: https://twitter.com/Marina_Landry_

Email ThisBlogThis!Share to TwitterShare to FacebookShare to Pinterest
Labels: A Star Called Home, Marina Landry, Reality in your Fiction, Star Wars: From the Adventures of Luke Skywalker. Astounding Science Fiction