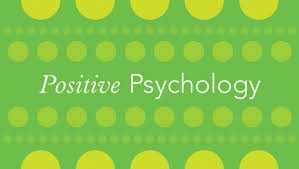 The close of the twentieth century saw the development of Positive Psychology, a new psychological theory anchored in personal values and emphasizing a strengths-based perspective. The theory has already generated a great deal of supportive research.

Positive Psychology is a cornerstone of many personal and executive coaching plans, beginning with the identification of a person’s core values and personal strengths. One tenet in particular has merit for writers—how emotion impacts creativity. Negative emotions like anger, fear, or depression can lead to the perceived reduction of available choices. Having fewer options is especially helpful in safety related situations—triggering fight-or-flight responses—when decisions must be made quickly. Such a narrowed focus requires less time and could save one’s life. However, the same tunnel vision occurs in everyday situations when we are angry, sad, anxious, or in pain. Our choices seem limited. Two answers come quickly—Yes! No!

On the other hand, according to the research, positive emotions like happiness or peacefulness tend to expand options and enhance creativity. One choice leads to another possibility, and creativity kicks in, generating enthusiasm. Easier said than done? Of course. If it were easy, I’d have written twice as many books by now. Maybe even a best seller.

Is it possible to stop feeling angry, sad, anxious, or discouraged? Absolutely. My favorite example occurred when I was being evaluated for an allergy, one that led to my tongue swelling. The allergist injected me with incrementally larger doses of the offending substance. I was nervous. Okay. I was scared to death. My breathing became shallow, rapid. I felt light headed.

I immediately stopped being anxious, and my breathing returned to normal. Now, when I want to break away from negative feelings, I envision a large red STOP sign. Then I choose to do something enjoyable—light exercise, meditation, listening to music (Rocky or Tchaikovsky). Whatever it takes to build a bridge to more positive feelings.

How might that work for a writer? Let’s say I just finished responding to my editor’s critique of my manuscript. And let’s say I had to make lots of revisions. How might I feel? Hint: I was not smiling when I returned my revised manuscript.

While waiting on that manuscript, I tried to start my next story—a difficult task in my discouraged and self-deprecating state. Everything was colored by negative feelings. Enthusiasm was absent. Vision tunneled. Options reduced. Creativity lacking. It became: Ready…Set…Oh, I need more chocolate.

Then, I chose to “Stop it!” I used the writing of this article as my bridge. And while riding a stationary bike, I began considering themes. By the time I finished my exercise, I had chosen a topic for my next book and sketched out the first two chapters.

What works for you? How do you STOP those negative feelings from dominating your outlook?

James “Jim” Paavola is retired from his careers as a psychologist and as a personal & executive coach. In retirement, he has self-published five books in the Murder In Memphis mystery series. The release of his sixth book in that series is expected in late July 2017. Paperbacks are available at Amazon and Jim’s website http://www.jamespaavola.com . eBooks are available at the usual dot coms. Jim belongs to a mystery writers group called Malice in Memphis which has been compiling anthologies of short stories, edited by Carolyn McSparren and published by Dark Oak Press. Jim has a short story in each of the first two: Bluff City Mysteries and Ghost Stories. Two more of his short stories are included in anthologies expected to be released by Dark Oak Press within the next nine months.