The Other Faces of Conflict


When we think of antagonists from literature, we typically think of the classic villains like Captain Hook, Injun Joe, The Wicked Witch of the West, Hannibal Lecter, Dracula, and the other memorable personifications of evil.  But there are many other faces of conflict not of the human variety that can be put to good use in a story. 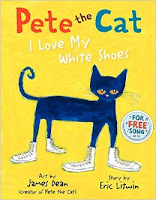 Many children's books choose not to pit the hero against another person.  Instead, the dilemma comes from a small difficulty that can be turned into a problem-solving life lesson.  A terrific example is Pete the Cat, who loves his white shoes. When he steps in strawberries that turn his shoes red, what follows is a simple but brilliant story about learning to accept and love yourself, cleverly disguised as a tale about shoes.

Even as adults, conflict in story teaches us to deal with life, each dilemma in its own small way representing the eternal struggle.  A problem is a problem, no matter what form it takes.  Here, then, are some classic inhuman antagonists:

Man vs Beast
What's worse than someone you can't even reason with?  How about someone that wants to eat you? Ask the heroes of Jaws if their adversary doesn't pose a lethal threat.  The irony is that the shark isn't fishing for trouble; he's just doing what comes naturally 'cause it's feeding time.  Likewise, the great white whale in Moby Dick may or may not understand the concept of revenge, but it knows all about self-preservation.

The Great Outdoors
Stephen King's The Girl Who Loved Tom Gordon is one of many examples of a protagonist trying to survive in the wilderness. Again, there is irony in the fact that a forest, waterfall, mountain, etc mean no harm; they don't even have a conscience.  But it's a jungle out there, and a babe in the woods goes back to basic human survival.

Not to say that a tornado or a tempest can't stir up some additional trouble on their own.  The Perfect Storm, Earthquake and Twister are cinematic examples of how Mother Nature can be a real shrew.

Hard Times
Nellie Olsen wasn't the only thorn in Laura Ingalls' side in her Little House on the Prairie books.  Tales set in the Old West are particularly filled with the struggle just to make it through life under primitive or poverty-stricken conditions. Mix in some of the previous elements like a grizzly bear or no rain for growing crops and you have a multi-layered prairie of pain. 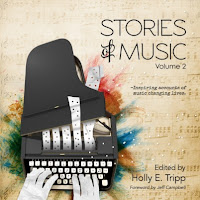 Even when we're writing nonfiction, it's not hard to find conflict because life wouldn't be life without it.  My recently-published short story "Family Tree" in Stories of Music, Volume 2 is primarily a retrospective of the musical family I grew up in.  I wasn't particularly seeking a way to add conflict or even drama to this memoir; it just happened organically because it was a tragedy that put a stop to the musical collaboration in my family, and, ironically, another tragedy is what brought it all back with new magic.

A good guy facing off against a bad guy is classic drama.  But fighting off the challenges of everyday life are readily available story helpers to add extra conflict, or take it out of the mano a mano realm altogether.