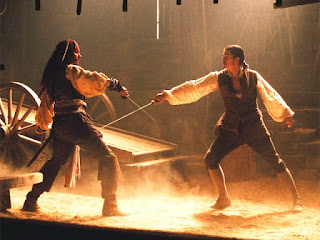 As writers, we all have our strengths and weaknesses. For me, a strength is how to write a kickass fight scene. If it is one area of my writing (especially my novel, Ghosts of Glory) I have received lots of positive feedback about, it is how I write action. Fight scenes, whether one-one-one or one-on-many are not as simple as they may seem and it is easy to get lost, forget something critical, or lose track of where your characters are in relation to one another, all things that will harm the credibility of your scene. Scenes of the many vs. many variety are different.

Yes, they are technically fights, but on a large scale. Thus, I tend to file those under battle scenes, which are another ballgame altogether, so we won’t go into that here. Here is what you need to know:
·
Know Your Protagonist’s Weapons – This is important for your story in general, but when it comes to fighting, it’s equally critical. You must be fully aware of your main character’s strengths, weaknesses, and special skills, whether you’re hero/heroine is a demon, an angel, a vampire, a regular human or even a super-sentient gelatinous mass named Kenneth Brownstone. If your protagonist, Grognor Deathhammer, is an ex-Olympic wrestler (know your wrestling moves) who used to do side work as a mallet-wielding carnie is about to throw down with an angry band of post-apocalyptic road ninjas, you better not have him flipping around like Simone Biles on a balance beam. Know your character’s capabilities.
·
Research, Research, Research – This area gets a lot of people in trouble. If you don’t know anything about martial arts and your protagonist is a fourth degree black belt in Kung Fu, you’re going to want to check out a book on Kung Fu to learn some of the terminology so you can at least appear credible. Even better, enroll in a Kung Fu class (first-hand experience is always good) or interview a Kung Fu expert.
·
Know Your Location – If you’re going to have your hero and villain square off, it’s a good idea to choose a location that is dynamic. Don’t choose a static empty room, set their showdown on the docks among the freight ships, chains, ropes, cranes, storage crates and things they can interact with or even better, use as a weapon. Heck, stage the fight in a donut shop. I guarantee is someone gets killed by an apple fritter, your reader will thank you.
·
Don’t Skip the Banter – There are some great fight scenes on film that are all about two people just beating the ever-loving hell out of one another with stoic tenacity. However, this does not work so well in written form. Banter between characters can give us a look at what they are feeling before the punches start flying. All fights aren’t physical, some are intellectual. The fight could start three minutes before a punch is even thrown with dialogue and steely stares. Maybe nobody throws a single punch at all. We all love a villain who tries to get under our hero’s skin. This is your chance. Throw in some witty dialogue. Show us who these people are by their words as well as their fists.
·
Environmental/Physical Awareness – As you navigate your way through the fight scene, always stay conscious of where the protagonist is in relation to his opponent. If he’s been hit and is on his knees, he can’t suddenly be standing, he must transition in some way. If the enemy is four feet away, the hero is going to have no chance of reaching him with a punch. Be aware. The same goes for if the hero is holding a rope in one hand and a baseball bat in the other. If his hands are full, he’s going to have to drop something to grab ahold of something else. Be aware of your choices. Always know where your characters are in the scene, as well as what they’re doing.
·
Know the Ending – This one isn’t as dire as the aforementioned tips, but I find it’s a good idea to know how the fight is going to end before you start. Now that doesn’t just mean who lives and who dies. If Johnny lives, but is going to leave the fight with a broken arm, it’s a good idea to make a note of that ahead of time so you can show the arm being broken. That way when Johnny shows up in a sling in the third act of the book, the reader isn’t left without explanation. 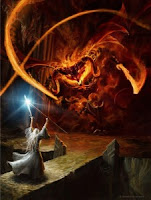 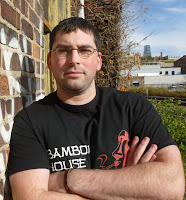 Morgan Chalfant is a native of Hill City, Kansas. He received his Bachelor's degree in writing and his Master's degree in literature from Fort Hays State University. He is the author of the horror/thriller, Focused Insanity, the urban fantasy novel, Ghosts of Glory and the forthcoming sequel, Infernal Glory. You can find him at http://the-morgan-chalfant.tumblr.com/, on Facebook at Morgan Chalfant's Real Page, or on Twitter: @MorganChalfant1.