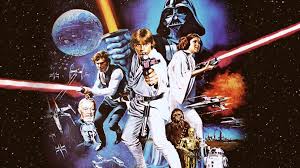 Which character do you think of first when someone mentions Star Wars? Luke, Leia, R2-D2…Darth Vader? I would hazard to guess many say Darth Vader, though he is the antagonist. After all, Darth Vader does have the power of the force, a cool outfit, and a surprising backstory.

Although not every antagonist can have such a distinctive look, every antagonist does need to be a strong character. Yet, the temptation when planning a novel is to focus on the protagonist and how awesome she is, or what he is going to achieve. The antagonist merely shows up to make the hero look good and to move the story along, potentially resulting in weak conflict and a cardboard villain. And nothing kills a story like weak conflict and flat characters. I know. I’ve done enough rewrites to fix these issues to have that stamped on my writer heart.

As K.M. Weiland of helpingwritersbecomeauthors.com says, the antagonist forces—the villains and obstacles the hero must overcome—are what drive the story. They create the conflict necessary to have a story. Not all stories have villains, of course, so the opposing force might be a natural disaster, a character flaw that must be overcome (think Scrooge’s greedy, unloving attitude in Dickens’s A Christmas Carol), or an obstacle to romance. Whatever it is, it must be a worthy opponent. It must keep the protagonist from reaching his or her goals. 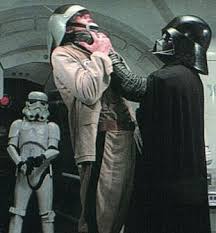 A great antagonist could be a highlight of the story, and an underdeveloped one could be why the story isn’t working. After all, what would Star Wars be without Darth Vader? Or Pride and Prejudice without Darcy’s pride and Lizzie’s prejudice?

Elizabeth Jane Kitchens loves tales of romance, adventure, and happily-ever-afters and strives to write such tales herself. When she’s not thinking about dashing heroes or how awesome bacteria are—she is a microbiologist after all—she’s probably photographing flowers, telling people she’s crocheting not knitting, or talking about classic books and black-and-white movies. Elizabeth is a member of American Christian Fiction Writers and is the author of The Beast’s Enchantress. You can learn more about her at her website www.elizabethjanekitchens.com. Twitter: @e_kitchens
Pinterest: http://www.pinterest.com/ekitchens0132/
Facebook author page: https://www.facebook.com/ElizabethJaneKitchens