How Do I Write My Books and What Inspires Me to Write? 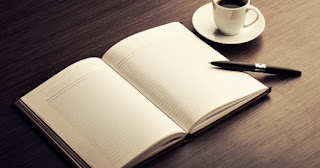 Good questions, some writers have to sit down and people watch then research their chosen subject matter. Then seek inspiration to format the work into a readable manuscript.

Just a little about myself I spent 30 years in the UK police retiring as a Detective Sergeant. Within that period I investigated many serious crimes including murders, rapes, kidnapping and child abuse. I therefore have the subject matter I write about already in my head, including the format without having to research and check on procedural aspects.

In that respect I am lucky, whilst I continue to write about crime and the investigative aspects I can use recall to put pen to paper so to speak.

Whilst in the police when concluding investigations I was required to submit thorough reports highlighting the pertinent points to prove a case. This included evidence gained from a scene, exhibits photographs etc. all these had to be placed in chronological order so they were able to prove the case.
It is with that chronological case handling procedure that I write my books. In some respects I lack the embellishment skills of some writers and prefer to keep the themes I write about moving at a fast pace. I have read some books where the embellishment was so long and out of context that they became boring, causing me to lose interest.

I try to make my books interesting to the reader by creating a character that is the centre of the investigations. Detective Sergeant Jim Broadbent is a hard working beer drinking, womanising individual. I wanted to get away from the saintly detective with a halo around his head whilst sat on his white charger as he fights crime. By creating his persona I selected a few personalities and moulded them into Broadbent. Am I in there? I plead the Fifth Amendment on that question. The police the same as other frontline workers have a defence mechanism of humour and alcohol to reduce the stress from what they see and deal with. 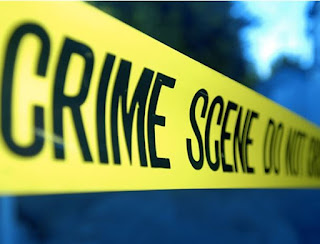 By creating this love or hate him character it leaves the reader to use his discretion when reading as to whether they agree or disagree with how Broadbent leads his life. But what Broadbent does do, is fight crime to the detriment of his marriage due to his long hours and dedication.

In my latest book ‘Retribution’ Broadbent is called to a suspected murder scene where the body of man so badly beaten his face is reduced to pulp and unrecognisable. The investigation takes Broadbent on twists and turns ending on the doorstep of MI5 and the CIA. In amongst this is a woman Tanya who is seeking murderous retribution on the men who have wronged her, who is she?

Roger Rapel was born just after the Second World War, and brought up in the austerity of rationing in the fifties. I left school with no formal qualifications at 15, entering the University of Life. I bummed around from job-job, including service as a merchant seaman, I then joined the police. Spending 30 years in the UK police; retiring as a detective sergeant. During that time I served in many depts. including tactical firearms, drug squad,CID and Crime Squads to name a few, but was always front line. I’m the author of Retribution, Missing, Gift or Curse, Abducted and Cindy Where Are You. My social media links are:  Website: www.rogerrapel.com
Twitter: https://twitter.com/david_parle Facebook: https://www.facebook.com/david.parle1 Linkedin: https://www.linkedin.com/in/david-parle
Publisher: Ravenswood publishing

Email ThisBlogThis!Share to TwitterShare to FacebookShare to Pinterest
Labels: Abducted, Cindy Where Are You?, Gift or Curse, How Do I Write My Books and What Inspires Me to Write?, Missing, Retribution, Roger Rapel