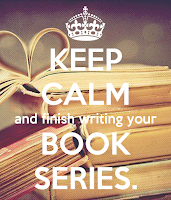 Let’s talk about writing a series. I’ve written several series books and I love them. So why are series so popular? I talked to readers and authors about this and here’s what they had to say.

Creating a series is about world building and a sense of community. Reader/Author Julie Hilton Steele believes this is because we’re so disconnected from others in real life. She said it’s comforting to have those familiar faces in a story. Readers love returning characters but only if each individual story is resolved. They complain when a relationship takes several books to reach happiness. Reader Stephanie Ann likes the consistency of returning characters.

Author Margaret Daley said that readers love revisiting couples from previous books … even after the happy-ever-after in their story.

Suspense writer Lisa Phillips’ WITSEC series set in “Sanctuary” highlights different characters in each book but shows how the other characters are getting on. She thinks a large premise demands a series of books.

Prolific writer Arlene James said writing series is a two-edged sword. “Some readers won’t even begin a series until they have all the books.” They worry about missing books or they don’t want the series to end. But publishers don’t mind that. They demand more series books from authors! Arlene’s best advice—it’s all about the premise. The idea, or set-up behind the series, determines how far it can be taken. Hope White agrees. Her readers want more of her Echo Mountain series because they love to binge read!

Series also allow writers to try different ideas. Teri Wilson’s stories range from a five-book Love Inspired Alaskan series where readers demand seeing familiar characters and a three-book Drake Diamonds series for Harlequin’s Special Edition. She includes themes, symbolism and an overarching plot plus individual romances. She thinks a sense of place is important to a series.
Lyn Cote only writes series. Her Quaker Brides series follows a family through the fight against slavery from 1821 through the Civil War. Now that is an epic series but the characters from previous books appear as secondary characters in each succeeding book.

Ruth Logan Hearne writes series for Love Inspired and Waterbrook Press. “Working in a series can give a small book a “big book” feel for the reader.”

Other things to consider about series:

Marta Perry likes connecting books through a symbol, such as the legend surrounding her upcoming Echo Falls series for HQN. 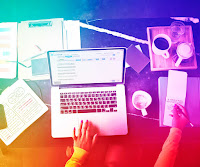 So there you have it. Writing a series of books with the same setting and reappearing familiar characters is an ongoing popular trend. I just finished a five-book series called “The Men of Millbrook Lake.” I didn’t want to leave that quaint little Florida town. Hmmm. Maybe I’ll come up with another Millbrook Man someday. 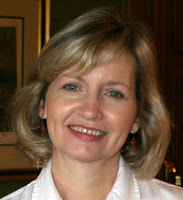