What Brand Are You?


Some years ago in a writing magazine, I noticed an advertisement for Kleenex®.  But they weren't hawking facial tissue.  This was a fairly official-looking admonishment to all writers advising them that Kleenex® is a registered trademark, and that whenever the word Kleenex® is used, it should be capitalized with the copyright symbol ® added to it.

Presumably this even mattered because people tend to call any brand of tissue a Kleenex®, for example, "Could you pass me a Kleenex®?"  You can already see how distracting it would be for writers to include the symbol in a novel.  Almost as distracting as the heavy-handed alternative, "Could you pass me a facial tissue?"  (People don't talk like that.)

My gut reaction was that Kleenex® should just be happy to be such a front runner that they would become the go-to word for not just their product but all others like it.  However, many products—from Ex-Lax® to Preparation H®—are equally, um, zealous about protecting their brand name. 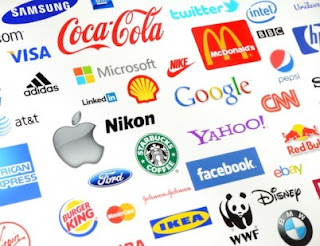 It does have to be a little frustrating when you're Coca-Cola® and a large portion of the population refers to any kola nut-flavored carbonated drink as a "coke".  But it feels a little over the top when a catchy TV jingle like "I am stuck on Band-Aids, 'cause Band-Aid's stuck on me" is changed to the clumsy "I am stuck on Band-Aid brand, 'cause Band-Aid's stuck on me". Cramming "brand" in the middle of an established slogan suddenly sounded a little desperate.

Clearly, companies go to a lot of trouble to protect their brand.  If you're a writer, you have a brand that should be just as important to you.  While it may seem foreign to think of yourself as a product, consider Hollywood stars with established images, like Brad Pitt and Melissa McCarthy.  It's hard to picture Pitt in a slapstick role, or McCarthy playing Anne Frank.  Then there are chameleons like Jack Nicholson and Meryl Streep, who can do both comedy and drama, but that very flexibility has become part of their brand.

When readers see your name, what should come to mind?  What image will help promote your books?  Just what is it that you want to say to the world through your writing?   These are good questions to ponder as you tweak your website and before you post things on Facebook.  In defiance of the old saying, not all publicity is good publicity if it goes against the image you want to project.

As you develop your brand, follow in the attentive, consistent footsteps of proven marketing successes like Kleenex®. Becoming a brand people know and love is nothing to sneeze at.