During a memorable Johnny Carson interview, Jackie Gleason made a comment that serves as a reminder to anyone involved in the creative arts. The Great One and the King of Late Night were discussing the latest crop of 80s sitcoms and how they relied on canned laugh tracks.  Gleason had this to say:

"We never did a show any other way but in front of an audience ... that's the only way to do a show.  How are you gonna know if you're timing [is right] if you haven't anyone to say it to?"

Any standup comedian who has graduated from comedy club work to sitcom success will be the first to credit their on-stage experience as the school of hard knocks that helped them hone their craft.  Honest, instantaneous feedback cannot be bought or learned in a book.

My many musician friends sing a similar tune about the difference between studio work and playing in front of a live crowd.  While the perfectionist enjoys the luxury of recording and tweaking until they're satisfied, there is a rush and a reward (and realizations) that can only be experienced via an audience reacting to a live performance.

The ticket seller at my local movie theater told me about a little game she plays.  Often, as a customer approaches the booth, she mentally tries to guess which movie they are coming to see.  Parents with children, for example, are usually treating them to the latest Pixar flick. But sometimes she'll be surprised by a little old lady buying a ticket to see James Bond, or a not-so-young guy seeing The Jungle Book by himself (that would be me, by the way).

When the film studios get their box office receipts, they have no record of demographics to give them the ages, sexes, races, etc of those who came to see their movie.  They can only gauge the success of their releases by how much they raked in that week.  That is another advantage connecting with an audience can give a TV star, a musician, and even a writer.

As Vicki H. Moss points out in the latest issue of Southern Writers, the crossover of readers to genres outside their typical demographic is as prevalent as ever ("The Cross-Under", July/August 2016). Being aware of who your audience includes can be invaluable feedback that today's writer is wise to take into account.  Especially when it's so easy.

Readers love to make any connection with their favorite author. A well-maintained blog and/or website is something they expect you to have.  If your online presence consists only of an Amazon listing with no photo or bio, there is little reason or opportunity to try to tell you they enjoyed your latest book. 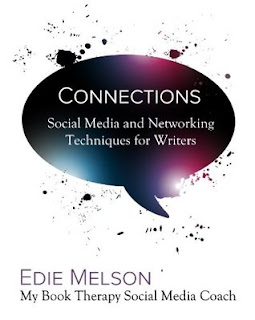 Social media may sound like too much of a challenge to those who've never tried it.  But, when done right, it can be both an enjoyable and effective two-way tool for connecting with your audience.  I recommend Edie Melson's Connections: Social Media and Networking Techniques for Writers to anyone intimidated by the idea of social media, and anyone who's been doing it long enough that they have questions about content, frequency, etc.

Stephen King says he writes with a particular audience in mind; an audience he is intimately familiar with.  In his case, it's his wife Tabitha, who is his first reader.  If you have a sense of who your audience is, and an awareness of what they like about what you do, you're in the best position to come up with what will keep them coming back.