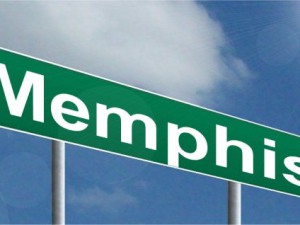 Memphis has had the hottest weather of the year this week. Heat is oppressive and drives everyone inside to seek air conditioned rooms. This was true on Monday night when I tuned into the Republican National Convention. I normally pass on viewing the antics of both political party's conventions. I've been there done that and have several t-shirts, pins and hats. However, after watching the RNC candidate enter to the Queen song, "We are the Champions," I was intrigued. Via the New York Daily article, rock band, Queen was not and issued the following statement, "Queen does not want its music associated with any mainstream or political debate in any country." Minutes after Melania Trump's speech, social and news media turned hotter than Memphis weather.

Starting in middle school, students are required to turn their work in to turnitin.com. If your work is deemed plagiarized, a student can find themselves suspended from school. A high school and college student could be expelled for plagiarism or not citing sources within a paper. Students learn early that their writing should be their writing, period.

Do you remember the 1989 Academy Awards where the opening was a Snow White theme song and dance number/skit? The Academy was sued for use of Snow White by Disney who held the rights.  In March 1989, Frank Wells, Disney's president and chief operating officer, said at the time, "we have great respect for the academy and for all that it does, we were therefore greatly surprised and dismayed when we viewed last evening's Academy Awards ceremonies to see that our Snow White character had been used extensively without our permission."

As an author, excluding the obvious legal ramifications, I want the satisfaction of being a success with my own words not using someone else's. How about you?