MY BREAKTHROUGH INTO BOOK PUBLISHING 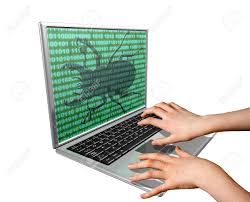 Writing for publication was nothing new to me. I had been writing for publication since my first submission was accepted in February 1981. With that first published article, I had caught the “bug,” and I wrote and submitted prolifically. But I went through a long period of rejection until I learned better how and where to submit my work. Then the acceptances resumed, slowly at first but then more steadily.

Meanwhile, I transitioned from teaching (junior high/high school history and writing) to editing, all the while continuing to submit articles. Many of them were accepted and published. But when a full-time job writing secondary-level history textbooks opened, I grabbed it and began studying and writing history as I’d never done before. But during the next eleven years, I noticed that my writing skills were deteriorating because I was not really writing but rather merely revising and tweaking what other writers had already written.  I found myself administratively restricted from having meaningful input to content and presentation despite my educational background and teaching and writing experience. I began using some of my research time to pursue a special interest in Southern history.

On August 31, 2015, I left textbook “writing” to resume independent editing and writing, thinking that it would also be a way of easing into semiretirement. The first two weeks surpassed my wildest expectations. On my first day “on my own,” I queried a magazine I had written for nineteen years earlier. The editor replied within the hour. He remembered not only me but also the earlier article, gave me the go-ahead on my proposal, and eventually accepted the resulting article. It was subsequently published in the December 2015 issue of Blue Ridge Country.

That first day, I also studied my options for a book based on the research I had been doing for the previous four or five years. I ranked various publishers according to the types of books they published, the ratio of books published to submissions received, the percentage of books by new authors, royalty rates, and other factors. After narrowing the field to two publishers, I submitted simultaneously identical book queries. I expected to wait at least a couple of months before hearing from either of them.

Within an hour, however, one publisher replied. He was interested in my idea and wanted me to send a full proposal package, including the first three chapters. Thankfully, I already had the bulk of the manuscript written, so I began putting together the rest of the package, including a market survey and explanations of why my book was needed and why I was the one to write it. By the end of the day, I received a similar reply from the second publisher. I duplicated the original proposal package, tweaking it a bit to fit the second publisher, and mailed both packages.

During the second week on my own, I got a reply from the first book publisher. He was ready to offer me a contract as soon as I could give him a firm date by which I could deliver the completed manuscript package, including all photos and text permissions. Since I had much of the manuscript written already, I tried to be optimistic while at the same time leaving myself “wiggle room” in case anything went wrong. I had no idea how long it would take to acquire photos and permissions. I said that I thought I could finish the project by December 15.

By the end of that week, I had a contract with December 31 as the delivery date. I immediately set out to make—or beat—that deadline. It involved more work than I expected. I not only had to proof what I had already written, finish writing to fill gaps I had left because of a lack of information, and fact check everything, but also locate photographs and obtain permission to use them and any text excerpts. I finally finished and delivered the completed manuscript package on November 17, 2015.

The publisher immediately began design and editorial work, and I’ve tried to respond quickly to questions from the marketing department as it puts together a promotional campaign for the book. I continue to educate myself on how best to build and expand my author’s platform. I’m still a newbie, but McFarland Publishing has included my first book, Confederate Cabinet Departments and Secretaries, in their Spring 2016 catalog. Meanwhile, I continue to submit articles and have even begun thinking about what my next book will be.

Dennis L. Peterson is an independent writer and historian based in Taylors, S.C. A former teacher, his articles have appeared in numerous educational journals, homeschooling magazines, and general interest publications. His areas of special interest include Southern history, the War Between the States, the Depression, and World War II. He is also a member of the Faculty Network of the Foundation for Economic Education. Find Dennis on social media; Facebook, Website, and LinkedIn.com--Dennis Peterson