Is Fiction Just Shades of an Author's Truth? 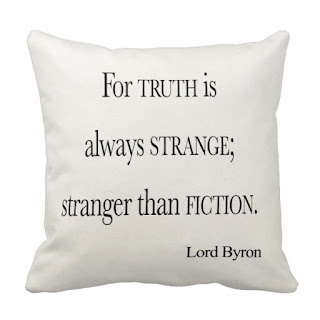 As Lord Byron said, "Truth is always strange; stranger than fiction." So, is fiction just shades of an author's truth?  I came up with this question as a result of an article that floated through my Facebook newsfeed last week.

It caught my eye because of the title from New York Magazine, "The Real-Life Gone Girl Is 80, and still terrifying." The New York Best Selling novel "Gone Girl" expanded to a film was an unusual psychological thriller. It was masterful in how it took the reader through the story from the perspectives of the two protagonists. It is a story that stays with you because what you think you know isn't at all as it appears, much like real life.

A psychological thriller has all the bells and whistles of a thriller. It layers the characters emotional unstable psychological makeup, ultimately driving the plot.

As an author of fiction, you can take a true story and make it your own. Use the basis of the facts and weave into your unique book.  Your characters will develop an obvious and not so obvious tormented relationships complete with moral ambiguities for your protagonists. Don't forget to develop pathological tendencies in your protagonists. 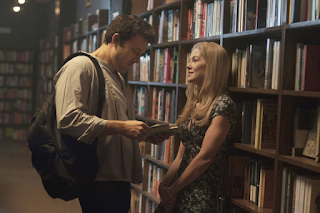 In a recent interview with The Hollywood Reporter, Gillian Flynn author of Gone Girl, states, "My interest is in turning over a rock and seeing what's underneath. It's a personality trait more than anything; it's what made me want to become a crime reporter, even though I was not suited for it personality-wise. [I wanted to explore] those bursts of violence, where they come from and how they unite people together. I wanted to figure out what drives people to these sorts of extremes." Flynn admitted in the same interview to including truth in her book, "I certainly put some of that in the story line. I was a Missouri kid in New York working at my dream magazine and got laid off and had to figure out what to do with my life next. I did have more time to write; [Gone Girl] was the first of the three books that I wrote while I didn't have a day job. I think it let me overwrite -- I probably wrote two books and had to chop it back to one."
So yes, when you come across a true story consider taking bits of the truth and turning it into an unforgettable psychological thriller book. Incorporate elements of mystery, drama, action and psychological horror.
Who knows? You may have a best seller on your hands.