I’ve heard people say that they’d really like to write a book—if only they had the time. Or, if they had six weeks of uninterrupted quiet then they would sit down and do it. Well, I got news for you it doesn’t work that way.

I know this because I too was one of those people who were waiting for the perfect time and perfect circumstances to start working on my dream of becoming a novelist. I guarantee you I’d still be waiting and dreaming if I hadn’t made a critical change in my life.

Without going into detail, suffice to say that I lost someone very close to me and realized how precious and fleeting life can be. It was a wakeup call and right after that I decided the time was now. No more excuses. No more procrastinating. I made a very definite decision to make writing my top priority. And I didn’t feel especially good about it. I felt selfish, foolish and irresponsible, but I had carried this dream in my heart for so long and I knew it was now or never. That meant that every day I would carve out time to write before I got bogged down with emails, or social media and before I hit the gym or cleaned the apartment. And here was the kicker—I determined to do my writing even before I worked on freelance assignments that were actually paying the bills. When I did that, amazing things started to happen.

Once I committed to my dream, time seemed to free itself up. I watched as my world rearranged itself around my writing time. Suddenly appointments were moved, client meetings went away and my social calendar evolved into more quality activities with the people I really wanted to spend time with. Sounds crazy but it was as if the universe was supporting my decision to write. That was five years ago and now four novels later, I wonder what took me so long! 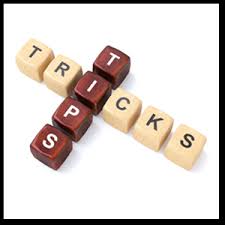 Here’s some other tricks that I’ve learned along the way...

Set a word count goal. I aim at hitting 2,000 words a day while I’m drafting and I keep it all in a log. After I have a draft with a beginning, middle and end, then I ease up on the word count because I know I’ll do a lot of cutting (and adding) during editing.

Set a Deadline. Even if you don’t have an official deadline hanging over your head, I’ve found that setting a personal deadline keeps me on track. 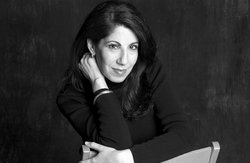 Renée Rosen is the bestselling author of WHAT THE LADY WANTS and DOLLFACE. She is also the author of EVERY CROOKED POT, a YA novel. Her latest novel, WHITE COLLAR GIRL is coming from Penguin Random House/ NAL released on November 3, 2015. Renée lives in Chicago where she is at work on a new novel about the Chicago Blues and Chess Record featuring such legendary artists as Muddy Waters, Howlin' Wolf, Little Walter, Chuck Berry, Bo Diddley and Etta James. Look for this in the Fall of 2016 also from Penguin Random House/Berkley. Visit her online at: www.reneerosen.com www.facebook.com/ReneeRosenAuthor twitter.com/ReneeRosen1  www.goodreads.com/author/show/412370.Renee_Rosen