SHOW Me a Story: Writing Cinematically 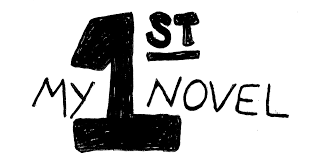 If I’d known my first novel, A Vow To Cherish, would be made into a movie, I would have written it differently—more visually. Since learning more about screenwriting, I’ve discovered ways to apply film techniques that make my novels more “cinematic.” (And hopefully more likely to be turned into movies!)

1. Jump cuts and fade outs. Don't feel like you have to wrap every scene up in a nice bow. It's perfectly fine to jump into a scene in the middle of action already in progress (without knowing what kind of car your characters drove to get there). It's also fine—even preferred—to end a scene in the middle of the action and simply JUMP to the next scene. You don't always need a closed door or a good-bye to the phone call.

2. Cliffhanger. A good way to keep your readers turning pages is to end your scenes in the middle of action. Force the reader to turn the page to find out what you left him hanging not knowing. Just be sure you SHOW that cliffhanger instead of telling about it. Don't say: Little did he know it would be their last night together. Instead: The doorbell startled him. He pushed back the curtain to see a police car parked in the snowy driveway, its emergency lights eerily dimmed.

3. Dissolve. In a similar way, you can end one scene and transition to the next by taking a visual element from the first scene and using it in the next. For example, in the story of Snow White, you might zoom in on the deadly apple as the wicked stepmother poisons it, then open the next scene with a close-up of the apple in Snow White's hand as she brings it to her mouth. Dissolves work especially well in comedy where a character says, “Oh, Harvey wouldnever do that." And of course, the next scene opens with Harvey doing exactly that.

4. Zooms. If the movie camera zooms in on an object, you can bet that object will play a significant role in the story later. By taking your writer’s "camera" and describing a close-up of an object or action, you give it the same importance as an object zoomed in on in a movie.

5. Lighting. Describing the light in your scene—bright and sunny, hazy, moonlit, etc.—not only gives the reader a visual image to picture, but also sets the mood, or creates a metaphor for good/evil, happiness/depression, etc.

6. Establishing shot. In film, an establishing shot is a long or wide-angle shot opening a scene to show the audience the locale/setting (or era, weather, time of day, etc.). In writing, sometimes this type of opening is written in omniscient point of view, and the author then zooms in on a more specific point in the setting—inside a house, for instance. This is a great way to paint the big picture. Just remember: today’s readers don't have the patience for more than a paragraph or two of description. 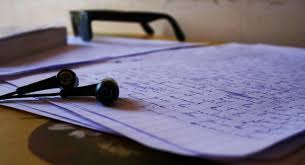 7. Background music. You can create a wonderful mood for your scene by helping the reader hear the music that would be the soundtrack if your novel were a movie. Have your character flip on the radio or play a musical instrument. Have her always singing or humming or whistling. Have music from a grocery store waft to the character's ears. The reader will hear those songs in her mind and your story will be so much richer for it. 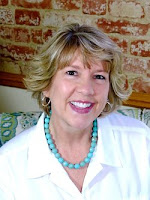 Deborah Raney’s books have won numerous awards, including the RITA, National Readers’ Choice Award, HOLT Medallion, and the Carol Award, and have twice been Christy Award finalists. She and her husband, Ken, recently traded small-town life in Kansas—the setting of many of Deborah’s novels—for life in the (relatively) big city of Wichita, where they enjoy gardening, antiquing, movies, and traveling to visit four children and a growing brood of grandchildren who all live much too far away. Visit Deborah on the web at DeborahRaney.com.