A Southern Writer’s View of Go Set a Watchman 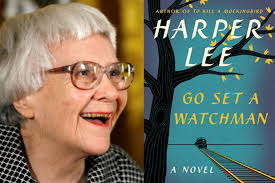 The reviews of Go Set a Watchman have been all over the place, a lot of them tinged by the fact Harper Lee is elderly, in assisted living, and possibly not 100 percent aware of her new notoriety. But I just want to look at the book, the writing, and its effect on me.

I am a child of the deep South. Born in Mississippi. Reared in Mississippi then South Carolina. My parents are Southern. My grandparents, great-grandparents, and however many greats were Southern back to the late 17th century. My mother grew up the sixth of six kids in rural Mississippi on a cotton farm. As a small child visiting the farm in the summer, I recall begging for a cotton sack so I could go out with the hands in the field to pick my grandfather's cotton. My grandmother sewed a miniature floral sack that fit over my shoulder, a version of the white ones the adults used. It didn’t take me long to understand the hard work and the work ethic of those workers. I remember admiring them for being so grownup and efficient, yet a tad distraught about watching them sweat once I gave up the effort and sat in the shade.

I had a sweet aunt who lived in Jackson, Mississippi who could've stepped into a character in the book The Help. She employed a lovely lady who worked for her for decades, in a white uniform. As a child I looked up to her as someone who ran the house and understood what any child needed. We won't get into the pros and cons of that arrangement.

I recall aging a few more years and feeling like Jean Louise does in Go Set a Watchman. My generation was remarkably more modern than the previous one and the one before that, and I recall the differing schools of thought regarding race just as is presented in this book. Some of the beautiful people in my life had quasi-racial views that I recall labeling as outdated, and I recall feeling in my heart that I was glad my generation would move this issue forward to new ground. But after a hard look at my family history I realized that each generation handled that subject differently, with each one advancing a step or two as the culture of the time allowed.  Mine wasn’t the only generation trying to be progressive. Mine didn’t get it all right either.

And this is what makes for remarkable writing . . . chapters that make our own experiences blend in with the fiction until we can hardly tell the difference.

The opening of Watchman wasn’t anything to be excited about if you listen to the how-to gurus of today. Chapters One and Two did little more than establish the time, setting and introduce us to the characters. The disadvantage that Watchman had to overcome, which was not what Harper Lee could ever foresee, was the reader having a preconceived impression about Scout/Jean Louise and Atticus. However, I’d never read To Kill a Mockingbird. I’m reading it now, but I’m glad I read Watchman without any preconceived notions as to how the characters ought to behave. But while the opening wasn’t dramatic, it caught the reader. No word was wasted. Each word mattered. Each sentence built precisely on the one before until we realized we were two chapters in, eager to see where this story went because if the writing was so beautiful with nothing happening, how fantastic would this be when the plot hits the fan?

I’m a dialogue fanatic. Striking dialogue rocks because conversation inserts energy into the players who in turn define the story or plot. In the case of Watchman, dialogue also meant internal monologue, or Jean Louise’s thoughts. We were her. We got angry. We felt the pain in our heart at her disappointment in humanity in her beloved hometown. We felt the conflict of home versus New York, how one didn’t understand the other yet she could not one-hundred percent side with either.

I’m also a strong believer in setting as character. Again, as a child of the South, I’m always on the lookout for the frauds who feign Southern. It’s difficult to write about a region you do not intimately know. But I smelled the biscuits, tasted the too-strong coffee, and choked at the overdone perfume clinging to hair and hats at the coffee clutch. The old-fashioned furniture, the cool water during an evening dip in the lake, cigarette smoke during a time when lighting up was as second nature as tucking hair behind an ear.

Detail after detail. This story was not complicated . . . simple actually. A girl comes home to be disappointed in the experience – the painful changes that occurred atop the ignorant struggle to remain the same. All done with elementary word usage. Deep character, deft strokes of setting, and dialogue to make you almost look up and hunt for the voices. A combination that stirs us into anger or tears, just because we read a page in a book.

Harper Lee wrote this book so intensely as to make people of today uncomfortable. I’m actually happier that she released it now, when its message is being felt differently that it would have been if published during the period To Kill a Mockingbird hit the bookstores. She snared the time period, more colorful when read today than back then. The political arguments were intense and honest. The coffee clutch party was pretentious and stifling, accented by a huge degree of internal monologue that I’d be afraid to use, that Harper Lee used with relish. Loved the aunt's old-fashioned ways of corsets, dresses, and hats in public compared to Jean Louise's slacks and cigarettes – the contrasts subtle when presented, but loud in a big picture way.

And I adored the ending.

No, Atticus was not painted a racist like some profess, but should be considered more of a realist. To me, he was no different than what I’ve read thus far in To Kill a Mockingbird. He was part of change, but recognized it as a difficult and complicated changing of the guard. Change is painful and is never handled with a clean break regardless of what people want, and he chose to remain in the middle of it to better understand and help with the transition. Sitting across the table from a racist did not make him one. Yet the ending rousted readers to challenge their beliefs, quite evident from the reviews on Amazon, and across the blogosphere. As an author, that would just make me quiver with satisfaction.

This book is so real about humanity and change that it stings, yet the words are delicately chosen, the prose stunning. The book’s earned a place on my top shelf of books, alongside Prince of Tides, The Stand, Lord of the Rings, The Paris Wife, and The Lewis Man. It's so refreshing to read something that doesn't fight so hard to be PC. 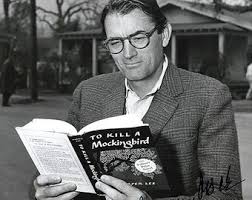 Now I'm reading To Kill a Mockingbird. I wish Miss Lee had written more. Lee speaks of a subject we're afraid to talk about without yelling and picking a fight, and she enables us to slow down and study it with a more level head because that raw part of our culture took place a long, long time ago. There has to be some omniscient hand in Watchman not being found for decades, as if we needed the discussion now more than ever.

Email ThisBlogThis!Share to TwitterShare to FacebookShare to Pinterest
Labels: A Southern Writer’s View of Go Set a Watchman, C. Hope Clark, Go Set A Watchman, Lord of the Rings, Prince of Tides, The Help, The Lewis Man, The Paris Wife, The Stand