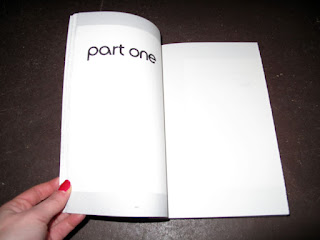 PART 1:
I am honored to be invited as a guest blogger on the Southern Writer’s Magazine Blog!

I’m excited to be here and want you to have a takeaway that will help you to write your own book in five months or less in your spare time, using my own strategy.

INTRODUCTION:
A few years ago, I had worked long and hard writing my first book, but my work was far from over. But I had quickly caught writing fever and was determined to write more books. So, I started a short story page on Facebook—this was before WattPad—and started writing three books at the same time. Almost immediately, I attracted readers and soon my audience grew. But although I was writing my heart out each week, I still hadn’t finished writing another book. I wanted to develop a plan to finish another book, but I didn’t want it to take as long as it had the first time.

MY RATIONALE:
Then, one day I read an article that changed my perspective on writing. The article said that when asked how he writes, John Grisham said that he set a goal to write at least five pages a day. Before long, he has another book written. I didn’t have the time to write every day, but the important thing I took away from the article was that it was important to set a goal for yourself—and stick with it.

So, I asked myself, “What is a reasonable goal that I can set for myself, that I can stick to?” I was quite busy at that time, but I knew that every Friday night and Saturday morning, I was free. So, the goal I set for myself was to write one chapter a week, and I planned to use that time in which to do it.

I had a plan, now for the execution.

When most people look at writing a book, they look at the whole book. And, to tell you the truth, it’s pretty daunting. The same was true for me. So, I began to think of my book in chapters, to break it down into digestible bites. Then, I asked myself, “What is consistent in chapters?” The answer: scenes. Next, I asked myself, “How many pages should a chapter be?” I decided that I wanted my book to be approximately four hundred pages long, so I decided that each chapter should be between ten to twenty pages. One scene was approximately ten pages, so I needed two well-developed scenes per chapter.

MY WRITING PLAN:
I decided to write two scenes per chapter, with each chapter between 10-20 pages. Then, I decided that I needed to write at least twenty chapters per book. At writing one chapter per week, I soon finished my book in less than five months.  And you can, too. 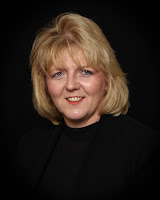 Theresa Oliver grew up in southern Indiana, across from Louisville, Kentucky, in Clarksville, Indiana. In her childhood, she fell in love with the power of the written word, a love affair that has continued her whole life. She moved to Florida, where she has lived much of her adult life. She attended the University of Tennessee at Martin, Martin, Tenn., and earned her Bachelor of Arts in Communications degree, News Editorial sequence. She also earned a Master of Arts in Teaching degree, Early Childhood Education sequence, from Armstrong Atlantic State University, Savannah, Ga. She is currently a writer, a full-time teacher, and the owner of Write More Publications and TNT Author Services. However, her greatest adventure is as a mother of three beautiful boys. Oliver currently resides in Kissimmee, Florida, with her husband and children. Links:Facebook Author Page: hyperurl.co/bldjsu Twitter: https://twitter.com/TheresaOliverA  Blog: http://theresaoliverauthor.blogspot.com/
Web site: http://theresaoliverauthor.wix.com/theresaoliver

Email ThisBlogThis!Share to TwitterShare to FacebookShare to Pinterest
Labels: How to Write a Book in Five Months or Less in Your Spare Time-Part One, Southern Writers Magazine's blog Suite T, Theresa Oliver