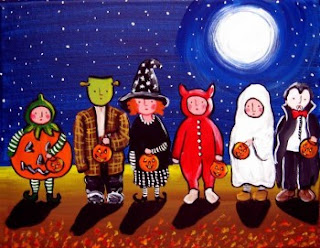 As they do every October, costumed youngsters will soon be ringing doorbells in search of the good stuff.  If recent eBay sales data is any indication, we can expect to see a few Minions, the gals from Frozen, and the perennial assortment of superheroes and princesses.

A neighbor friend, whose very young tykes will have their first foray into the fray this year, showed me a photo of them wearing their Mario & Luigi costumes, over which I appropriately fawned, all the while wondering how these video game plumbers from ancient history have resurfaced in popularity.  But maybe like the Muppets, they never really went away thanks to parents who cling to favorites from their own youth.

Truth be told, I'll admit to still having somewhat of an affinity for Robin, of Batman fame.  He wasn't quite as cool as the dark knight, but was more relatable to the young me; so much so that my mom painstakingly handmade a very decent Robin costume at my request, complete with satiny cape and tights.  I wore it all day when visiting my younger cousin one Saturday, hoping to convince him I was the real Robin.  I was disillusioned afterwards when his mom told me he knew all along that it was me.  But she did tell me I had nice legs.

Role playing comes naturally to kids, and psychologists confirm that it's good for us.  Some contend that the choice of costume is a mirror of one's inner self.  Others observe that costumes frequently suggest the opposite personality of the wearer.  Either way, it's a chance to walk a mile in someone else's shoes (or tights) for a little while.

As grownups, playing make believe doesn't come as naturally, but the business world has made it more acceptable.  Using role playing for training purposes, employees are given the opportunity to make mistakes without real world consequences.  The roles they play may include someone they don't even want to be, like an irate customer, to better understand another person's POV.

Which is why writers especially can benefit from pretending to be someone we're not.  Every character we create can become three-dimensional if we get inside their heads.  While it's tempting to grab a stereotype and run with something we know to be safe and proven, the most memorable characters of literature have been anything but cardboard cutouts. 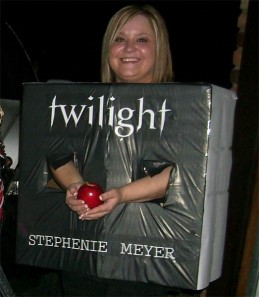 Try having a conversation with your protagonist. But instead of being the interviewer, be the protagonist.  Ask yourself probing questions to learn what makes your hero tick.  See what gets them excited, happy, angry, sad, uncomfortable. Keep digging until you discover what your character would rather keep hidden.  Tap into that, and you have an authentic character who will leap off the page. Then, if you're brave, do the same with your antagonist.

As kids, pretending to be someone else helped us find our own identity.  Today, it's a great way to help our characters find theirs.