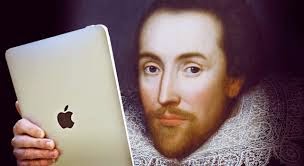 Shakespeare, take in mind, lived from 1564 to 1616. Yet, even from that long ago, he has influenced from that time up to today writers, actors, and poets. I dare say probably one of the greatest writers of all time.

The thing I found most interesting and didn’t know or never realized was Amanda Mabillard’s article about him where she stated…”Many authors have used phrases from Shakespeare's works as titles for their own novels. Here is a list of just a few:
To read her entire article http://www.shakespeare-online.com/biography/shakespearewriter.html.

Dame Agatha Mary Clarissa Christie who lived from 1890 to 1976 was a novelist, short story writer, playwright, poet and best known for her crime novels. She too influenced writers. The Guinness Book of World Records lists Christie as the best-selling novelist of all time stating her novels have sold roughly 2 billion copies. Her estate claims that her works come third in the rankings of the world's most-widely published books, behind Shakespeare's works and the Bible. According to Index Translationum (World Bibliography of Translation), she remains the most-translated individual author – having been translated into at least 103 languages.

So, what made them stand out? What was different?

Shakespeare used drama and comedy in his writings. He must have understood mankind for he was able to touch them where they would connect with his words.  His themes are what we call today, evergreen; they were as true in his day as in ours.  The interesting thing is he did not over write the sexual end. 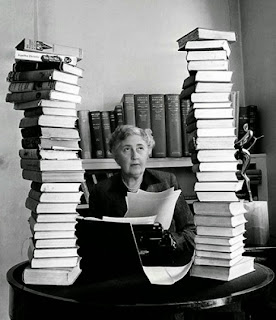 Agatha Christi was the “Queen of Crime”. One of the things that make her stand out is her creation of her characters. We all remember Hercule Poirot and Miss Marple. She was able to develop characters that we could relate to. I remember reading some of her books, thinking how dignified Hercule was. Her plots in the stories were always such that beckoned you into the thick of her story.

What did their stories not have that some stories have today? Will those stories today be remember 100 years from now?

To be a writer that will be remembered, as a great writer, look closely at these two writers. Study how they created their characters, plots, scenes. Look how they developed the struggles, the humor, and the reality even though fiction. These two can help each of us leave a legacy in our writing.