A Question of Inspiration and Passion

One question that I often get as a novelist is about inspiration and passion. What are my sources?  What moves me on to both write the story and then to ‘get the message out’?

As a writer, I need only a prompt, a ‘what if…’ to close upon my mind. At that point I’ll write out the beginning and end and simple wait for the fun journey to begin. I write about the struggle of man with darkness and light. A passage in Joshua makes my point.  Joshua sets out to take the Promised Land, not in the power of man, but through the power of God. It’s a classic tale about the overwhelming power of man against the faithful few and the Power of God. That is also a description of my fantasy series, Chronicles of Orm.

In our Bible passage, five kings attack, confident in their combined strength to defeat this small army of believers.  Joshua 10:11 and following…from the Open Bible. And it came about as they fled from before Israel, while they were at the descent of Beth-horan, that the Lord threw large stones from heaven on them as far as Azekah, and they died; there were more who died from the hailstones than those whom the sons of Israel killed with the sword.

I need no other inspiration than this.  I used this sequence for my poor wandering tribe of faithful, who step forward in faith upon the shores of a new continent. The wrath of darkness is about to descend upon them through the packs of vicious wolf like characters of darkness. The faithful few and the power of His spirit against the hordes of darkness.

Here is my type from chapter twenty four of Chronicles of Orm, Book One, Legend of Cre – lo - Way.  Lightning flared upon the hiding places of the horde, who chose this moment to crowd together in hiding just beyond the sight of those in the half circle on the beach. Sharp hail struck with the full stunning force of nature upon either side of mankind on the beach.  Streaming hail stripped leaf and limb from the protective overhang letting mankind see and understand the way of the horde. Huge hailstones rained a stunning and eroding death upon those who lurked in the shame of hiding. 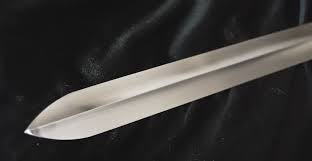 Terry Palmer is a writer from northwestern Wisconsin.  Since 2008, Terry has sought to bring the message about the battle between darkness and light to his readers. His latest work is a fourteen eBook series about Valentine’s Day – The Procrastinators Guide to Valentine’s Day. Each eBook takes a few verses from Proverbs 31, about the virtuous woman, and matches that with key words of inspiration. Chronicles of Orm returns to his calling, making a sharp contrast between good and evil in the hope for that one who struggles in life with the throes of darkness will find hope and direction to turn to the light.  And this is the message that we have received and give to you, that God is light and in Him is no darkness at all. I John 1:5 Open Bible. Contact Terry at Fictionbypalmer@gmail.com. https://amazon.com/author/terrypalmer

Email ThisBlogThis!Share to TwitterShare to FacebookShare to Pinterest
Labels: A Question of Inspiration and Passion, Bible, Chronicles of Orm, Terry Palmer, Valentine’s Day – The Procrastinators Guide to Valentine’s Day