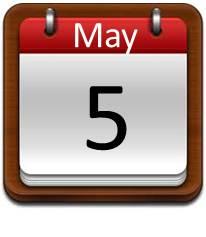 This morning, when Annette Cole Mastron asked me back to Suite T for another post on writing, her invitation arrived on an unusually eventful day. Though I've been a professional writer of nonfiction, screenplays and short stories for decades, I had never been a published novelist until this morning. I expected the birth of my debut novel Go Down Hard, in the planning stages since last September, to be filled with social media tasks. Early reviews have been positive (the American Library Association's Booklist said, "It's a crime novel dream."), friends have been supportive, and my publisher Brash Books has been enthusiastic and generous with marketing initiatives (a rare trait in a publisher these days).

But when I got up to start my day, my plans were quickly derailed by the news that I had been nominated for an Anthony Award for a short story called "Honeymoon Sweet." For the uninitiated, the Anthony is given out every year at Bouchercon, the world's largest crime writing convention, which takes place this year in Raleigh, NC.

I was struck by the irony of this confluence of events because the short story, which took me three weeks to write, was born of the jetsam from the novel, which took three years.  Jetsam is part of a ship, its equipment, or its cargo that is purposely cast overboard or jettisoned to lighten the load in times of distress and washes ashore (if it remains floating asea, it's flotsam). The jetsam of Go Down Hard--the passages, B-stories, peripheral characters and so on that I'd cut--washed ashore in a file called "Bits." I keep such a file for every project I write. Just because something doesn't work in one story doesn't mean it won't work in another. I've even had Bits spark stories of their own. My Bits are my literary recycling bins.

When I saw a call for short stories with beach settings for last year's Bouchercon anthology, I rummaged through my Bits and ran across a pair of hapless low-rent thieves who are hopelessly in love, but doomed by the fact that he's not as smart as she and they both know it. 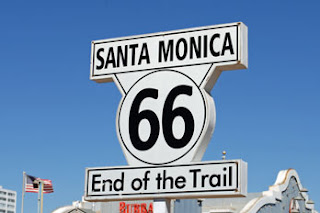 This couple had been superfluous in Go Down Hard, but as the heroes of their own story they seemed perfect. I set them up to marry, then break into one of the multi-million dollar vacation homes on Santa Monica beach for their honeymoon. The two of them pretty much wrote their own story from there, and the disparity in their intellects played perfectly into the complication and the resolution.

Craig Faustus Buck is an award-winning author and screenwriter. His debut novel Go Down Hard was published May 5, 2015 (Brash Books). His other works include two #1 NYT nonfiction bestsellers, an Oscar-nominated short film, and the miniseries V: The Final Battle.  He lives in LA where noir was born. He has been a journalist, a photographer, a nonfiction book author, a writer-producer for network television, a multi-award nominated short-story writer and a professional limerick writer. His short story, "Honeymoon Sweet," is a current Anthony Award nominee (available free to read or podcast)  His debut novel, the noir mystery "Go Down Hard", was published by Brash Books in 2015. Before that it earned First Runner Up at Killer Nashville for the Claymore Award.  His novella "Psycho Logic" was published by Stark Raving Press in 2014. It is the continuation of his short story "Dead End," which was an Anthony nominee as well. Among other works, two nonfiction books were #1 NYT bestsellers--one pop-psychology the other pop-gynecology. His short film, "Overnight Sensation", was nominated for an Academy Award. He was one of the writers on the seminal miniseries "V: The Final Battle." He wrote the famous episode where "The Incredible Hulk" dropped acid. His indie feature, "Smuggling for Gandhi", is scheduled for production in 2016. He is on the national board of the Mystery Writers of America and President of the SoCal Chapter, a Director at Large of Sisters in Crime LA, and an active member of the Writers Guild of America and International Thriller Writers.