Your Allies in the Writing Life 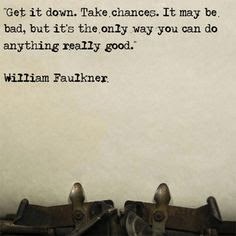 “Get it down. Take chances. It may be bad, but it’s the only way you can do anything really good."
– William Faulkner
In the modern world we live in, Mr. Faulkner’s words make sense. Focused writing time can become something of a rare commodity for writers. We often have to be as creative about the when of writing as we do the what.
As a traveling facilitator and instructional designer with a full-time career in corporate America, I spent years writing Christian fiction in the margins of life. When I became a mother of three, those middle of the night margins became almost non-existent. And when those "in front of the typewriter" moments started to vanish, I had to reset my expectations around Faulkner’s more “get it down” type of creative process.  I wasn’t willing to give up on my author dreams, so the method of writing was just going to have to mold to my corporate-soccer-mom lifestyle. It’s because of this that my iPhone became a trusted friend. It turns out that the elevator rides in downtown buildings, grocery store lines, and airport layovers that accompanied my schedule became unexpected allies in my writing career. I’d pick up my phone wherever I was and would use every spare minute to write.
The tools for on-the-go writers are as numerous as the apps are for just about anything. If you find yourself struggling with a case of writer’s block, the Brainstormer app claims to provide tactical inspiration for plot generation on the spot. The WordBook and Grammar Girl apps are robust enough to support even the most creative of writing ninjas. If the lure of social media distraction is your nemesis, Google Chrome has that figured out for you in their StayFocused extension, which can systematically block access to chosen sites when you’re up against a deadline.  Some might swear by Scrivener and Evernote– project management tools that can make the research-to-writing process virtually seamless by organizing notes, images and links for later use. (Basically, the Plotter's dream.) And for the self-professed Pantsers out there– we writers who prefer the more unscripted method of story creation– sometimes a cocktail napkin and a pen are all that’s needed to usher in some lyrical genius.

Faulkner’s is a no nonsense perspective on writing. Period. It’s not about the when or how. It’s all about the “just write” factor. Use the tools and the time you have in the right now, but don’t let a packed schedule intimidate you out of your goals.
Ironing baskets will probably still be full and dishes may be in the sink tomorrow. You might have a business trip or project that squeezes in your schedule. But if writing is a dream, finding tools to get you there shouldn’t be daunting. Use the elevators and the grocery store lines to your advantage. Airport layovers should never disappoint again. Why? Because they’re your allies in this writing life.
Befriending them will take you far.
______________________________________________________________________

Kristy Cambron is a mother of three by day and an iPhone novel writer by night. Her debut historical novel, The Butterfly and the Violin (Thomas Nelson, 2014), was named to Library Journal Reviews' Best Books of 2014, Family Fiction's Top Ten Novels of 2014, and received a nomination for the RT Reviewers' Choice Awards Best Inspirational Novel of 2014 and a nomination for the 2015 INSPY Awards for Best Debut Novel. Her second novel, A Sparrow in Terezin (Thomas Nelson, April 2015), was named Library Journal Reviews' Pick of the Month (Christian Fiction) for February 2015 and a Top Pick from RT Book Reviews for April 2015. Kristy is an Art/Design Manager at TheGROVEstory.com and holds a degree in Art History from Indiana University. She lives in Indiana with her husband and football-loving sons, where she can probably be bribed with a coconut mocha latte and a good Christian fiction read. You can connect with Kristy at: Facebook: Kristy Cambron | Twitter: @KCambronAuthor  | Instagram: kristycambron  Pinterest: KCambronAuthor | Web:  KristyCambron.com | TheGROVEstory.com

Email ThisBlogThis!Share to TwitterShare to FacebookShare to Pinterest
Labels: A Sparrow in Terezin, Brainstormer, Evernote, Grammar Firl, Kristy Cambron, Scrivener, StayFocused, The Butterfly and the Violin, WordBook, Your Allies in the Writing Life