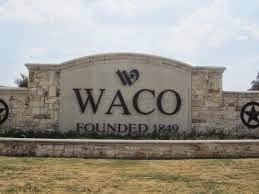 The recent Biker Gang War in Waco, TX brings to mind the history surrounding the area both good and bad. My fondness for the area is due to the Texas Ranger Hall of Fame and Museum and Baylor University. I have also enjoyed the Brazos River and Lake Waco. Any of these things would make any city proud. So why does Waco seem to be a magnet to the awful human tragedies it has experienced the last two hundred years?

The very establishment of the town was due to a treaty made with the “Waco” Wichita Native American tribe that had withstood attempts to destroy their village.

In 1896 the Missouri-Kansas-Texas Railroad got the idea to crash two locomotives together north of Waco. This family fun event turned deadly when the boilers of both locomotives exploded simultaneously killing two and injuring six seriously.

In 1916 an African American teenager named Jesse Washington and tortured and burned to death on the town square by a mob. The mob had taken him from the courthouse where he had been convicted of murdering a white woman. Lynching continued in the area until 1968.

The Waco siege occurred in 1993 when 6 Branch Davidians and 4 ATF agents died during a shootout. After a 50 day standoff it all ended when a fire destroyed the Branch Davidians compound. Seventy-four people died in the blaze including the leader David Koresh.

On May 17th, 2015 the deadliest shootout in the city’s history took place when three rival motorcycle gangs shot it out with each other and Waco police. The shootout left 9 dead, 18 injured and 192 detained. 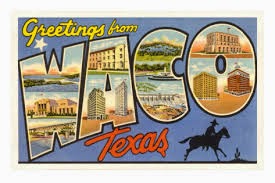 These tragic occurrences seemed to have been bestowed on Waco from either outsiders or those townspeople taking the law into their own hands. Actually these are events that can and have happened in many of our nations towns. Shocking as they are they are indeed fodder for some great stories. Historical fiction springs from such tragic tales. The accounts of such historical events are close to the truth but aren’t necessarily a true reflection.

Any of these tales would make an interesting story line. Some, like the Waco Siege, have already been made into a movie. I would assume there will soon be a made for TV movie or a screenplay depicting the Biker Gang War in Waco. I’m anxious to see what character is used to tell the tale. I am also curious who will write it.

It could be you.