Writing Rejects and Lost Stories Can Lead To Best Sellers

What do you do with writing projects that have been rejected, or you've abandoned for another day? Do you file them? Do you shred them? Do you tear them up in little itty, bitty, bits of paper? Do you thumbtack them to the eaves above your writing space like Stephen King did? You might want to rethink these options after the experience of Harper Lee and Dr. Seuss aka Theodor Seuss Geisel. 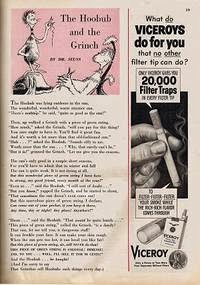 Dr. Seuss, whose lyrical writing with fantastical words and flowing rhythm are read by parents to children all over the world, had a best seller published in 2014. Dr. Seuss died in 1991. A dentist, and Seuss memorabilia collector turned author, DDS Charles D. Cohen discovered Redbook magazines from the 1950's while working on his 2004 book, "The Seuss, the Whole Seuss and Nothing But the Seuss: A Visual Biography of Theodor Seuss Geisel." In the 1950's Dr. Seuss wrote and illustrated a story a month for Redbook Magazine. Now these previously magazine only published "lost stories" have been made into a best-selling book, "Horton and the Kwuggerbug and more Lost Stories."

Seuss's widow, Audrey Geisel was renovating their home and found a box filled with pages of text and illustrations. This find resulted in the soon to be released new manuscript complete with sketches by Dr. Seuss entitled What Pet Should I Get?, with a release date of July 28, 2015. These discovered stories will introduce millennium children to new stories created by a man who died in the twentieth century. Pretty amazing. 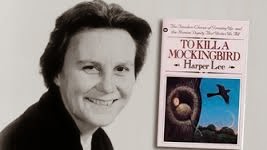 Down south, Harper "Nelle" Lee's original rejected first manuscript was placed in her deceased sister and lawyer's safety deposit box. Alice Lee died in November 2014, and after her death, the original manuscript was discovered. The original manuscript submitted was reworked by Harper Lee. The published reworked manuscript became, To Kill A Mockingbird. The book published July 11, 1960 tells the story through the viewpoint of a child. The brilliance of this edit and Miss Lee's willingness to rewrite led to its success and is required reading for school children nationwide. 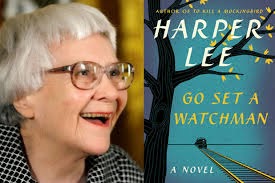 Southern author, Harper Lee turned 89 this week. She is getting a terrific birthday present on July 14, 2015, her 1959 original manuscript will be published. I can't wait to read about Scout as an adult. Miss Lee will more than likely have another best seller on her hands with the release of Go Set A Watchman. The title comes from a Bible verse, Isaiah 21:6, "For thus hath the Lord said unto me, Go, set a watchman, let him declare what he seeth." What an amazing story to have a best seller at age 34 and age 89.

Every writer has discarded work. The lessons to learn from Dr. Seuss and Harper Lee is to organize your stories in such a way that they can be pulled out and be tweaked and reworked into possibly best sellers.