Get Lost ... in Your Writing 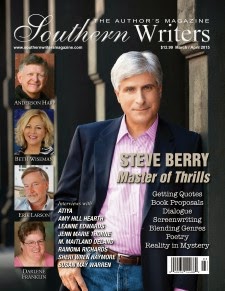 In the March/April issue of Southern Writers, our popular feature "Magnolia Corner" asks the question:

Who do you trust to read your first draft?

One thing they have in common is a degree of bravery.  It takes some fortitude to fork over your hard-fought words for their first reading.

An even more important trait they share is that of choosing those readers with care.  By making a discriminating selection, they are assured of getting constructive feedback which will be valuable for their first rewrite.

Getting to the end of a first draft is usually a mix of satisfying and scary, excitement and dread.  But your book has made it to the page from start to finish, and hopefully the rewrite can be met with the same enthusiasm.

But what if you're having trouble even getting to the end of the first draft?

The reasons are multitudinous, and here are some of the more common culprits:

Even the most experienced authors can become their own worst enemy midway through the first draft by listening to the negative voices of self-judgment.

That's when many authors find it helpful to try to separate themselves from their writing.  Often, this is attempted by putting the project aside indefinitely (not the recommended choice, because it may never get returned to).  A more advisable method is to become the conduit, rather than the creator.

Steven Pressfield, the author of The War of Art: Break Through the Blocks & Win Your Inner Creative Battles, is a champion of learning to listening to inspiration.  He writes:


“This is the other secret that real artists know and wannabe writers don’t. When we sit down each day and do our work, power concentrates around us. The Muse takes note of our dedication. She approves. We have earned favor in her sight. When we sit down and work, we become like a magnetized rod that attracts iron filings. Ideas come. Insights accrete.”

Remind me to look up "accrete". 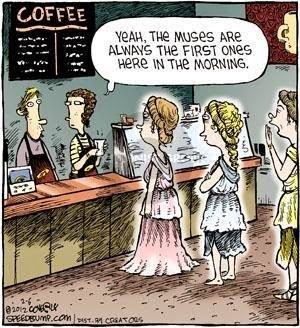 Zen masters go on long journeys to find themselves.  In truth, they are really attempting to lose themselves.  Achieving the elevated state some call "no mind" may not sound easy to do when you're living with yourself 24/7, but in the creative arts it's well worth the effort (or better yet, just try letting go and not trying so hard).

By emptying yourself of the critical you, you make room for the inspiration and motivation that's trying to get back in.

When your creativity gets stuck, step outside yourself and stop, look and listen for what's just beyond you.  If you're lucky you'll get completely lost, and your story will bring you home.