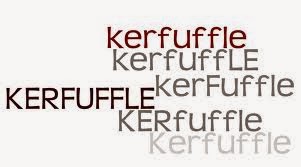 Yes, "Kerfuffle" is a word.

True, it's used more often by the Brits to describe a royal scandal, disturbance, or fuss. The word brings to mind Downton Abbey's Countess (Maggie Smith) raising a pinky as she drinks from her teacup and dishes the latest social transgressions.

When it comes to planning a writer's conference, I've learned there are ways to avoid a royal kerfuffle.

With careful planning, the event can be more like a royal Ascot race­--sleek horses poised at the gate listening for the bell, jockeys harnessing the power of the thoroughbreds under them, and hooves pounding through the flying dust across the finish line.

The race is run, not in confusing kerfuffle, but toward an intended destination. It begins with a burst of excitement and ends with an accomplished outcome.

Hosting a conference is a rush of expectations, planning, and nervousness. There are miscommunications and mess-ups. But with a plan and lots of prayer, the event can be an experience that stretches writer muscles, hones organizational skills, and grows group cohesiveness.

The starting line is important. Hosting the Mid-South Christian Writers Conference has been a dream of my writer's group, Byhalia Christian Writers, for a couple of years. We originally planned the meeting for 2013, but soon realized we were too late getting out of the gate.

Instead of grumbling about lost opportunity, we got back on our young steed and set a date for 2014. We chose a Saturday in early March, a date that wouldn't interfere with spring break or conflict with other well-known conferences.

Other first decisions included securing a venue and contacting our keynote speaker. With these essentials in place we were off to a good start.

Next we planned the schedule. Several from our group stepped up as workshop leaders, stretching their communication skills to include not just writing, but speaking. Others volunteered for gathering hotel information and hosting snack and lunch breaks.

Marketing plans followed. The group decided on a budget and a target for our marketing outreach, depending on publicity as much as possible. We started a blog, posted on Facebook pages, and used contacts within our group for website and brochure development. We've posted on free community calendars in our area, including newspapers, radio, and television.

We did splurge on brochures, investing in quality printing to communicate a professional image. We also placed ads in strategic writer's magazines.

As we approached the final turn in January, we learned two important lessons.
Although we'd all been praying for the conference, we realized we needed a prayer chairman. Having one person to relay needs and prayer requests kept us united and spiritually on track.

Another lesson was: communication. When clarification was needed or questions arose, we solved problems by communicating with the group, especially among conference staff.

Our members regularly post on our Facebook page, passing along information and posing questions. We give each other support, try to be patient, and realize we are all in this together­­--for God's glory and to encourage writers for His kingdom. 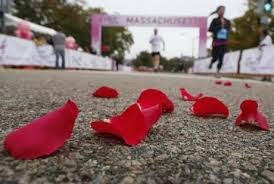 With the conference drawing near, we're giving it our best, pressing toward the finish line.

I've personally had a few kerfuffles, but I'm still galloping on.  Although I'll be panting and trotting in on wobbly legs, the end will be worth it.  I can smell the wreath of roses now, although a nice bouquet of daisies would be fine.

Jeris Hamm is a West Tennessee writer who has published in several national magazines including Clubhouse, Kids' Ark, Southern Writers Magazine, and Christian Communicator. Her novel for children, The Secret of the Seven Rubies, is an award winner, as is her blog, Southern Grace. She is Marketing Director for the Mid-South Christian Writers Conference. Jeris teaches creative writing in Corinth, MS.