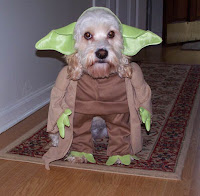 Last week I overheard someone on TV claim that the most important movie of our time is Star Wars.  Mind you, he was wearing a Jedi tunic at the time, so I think his opinion was a little biased.

I initially dismissed his declaration, but then I weighed the evidence. Star Wars inarguably spawned its share of imitators, inspired a new generation of filmmakers, and revived science fiction to a popularity it hadn't enjoyed since the 50s. It introduced characters, images, movie quotes, theme music, and special effects that are burned into our collective consciousness as vividly as a light saber.

Not that there aren't other movies just as catalytic.  From The Wizard of Oz to Jaws to Avatar, every once in a while something new comes along that has so much impact on its craft it becomes an instant classic.

We can just as readily spot the milestones of television (I Love Lucy, Saturday Night Live, Survivor all were groundbreakers), music (The Beatles, Michael Jackson, Madonna), and stage (The Sound of Music, Cats, Wicked).  Even beyond their own success and endurance is the obvious influence they've had on many others in their field.

But let's talk books.  Who are the literary equivalents of these pioneers?  Who are the authors whose work has made such a difference that the world of books would not be the same without them? 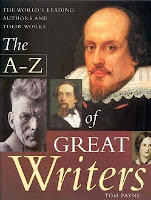 We look at these authors as if they're untouchable gods of literature to whose level of greatness we could never hope to come near, but in truth they were just like you and me.  They had something to say, so they wrote it down.  Did they have any idea at the time that they would change everything?  Not likely.  But they probably felt the same spark we get when a good idea hits us or we turn a phrase that gives us the momentary thrill of creation.

Is it just possible that the book inside you right now could change the world like Romeo & Juliet or Huckleberry Finn?  I like to think so.  Someone is going to be the next great writer.  Write as if it's you.

Meanwhile, I really do want your opinion.  What authors and what books do you think changed everything?  And who is making a difference right now?