We've all gotten them, usually thanks to a well-meaning relative, or a friend who doesn't know us very well:


A forwarded email sharing a supposedly touching story that you absolutely must read. 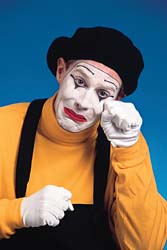 Never mind that it usually ends with, "If you have a heart, you'll send this to twelve people you love."  Or that 99 times out of 100, a quick check on Snopes.com will verify that this "true" story -- like most other forwards -- is completely bogus.

What I find most offensive is the uncredited writer's weak attempt at conjuring emotion out of us merely by stating that one of the characters cried.

How many times have we read lines like these, toward the climax of one of these tepid tales:

"With tear-stained cheeks, she thanked the kind stranger."

"With a tear in his eye, the panhandler accepted the old woman's last dollar."

Whoever originates these anonymous forwards has an uncanny knack for overestimating their own ability to create emotion through story, to the point where they must wave a flag and show that this moment is supposed to be touching.  Trying to elicit sorrow from a reader without actually giving them something meaningful to feel is like trying to make someone laugh with a bad joke.  In both cases they'll leave groaning.

So how do we create emotion in a story so that the reader feels it, instead of just our overemotional characters? 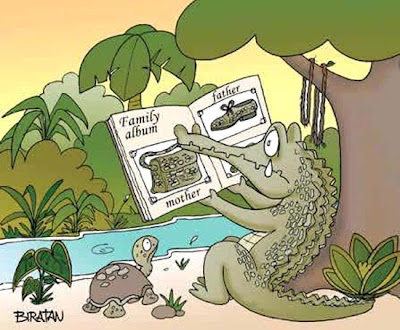 First, the reader must get personally involved in order to even care. They have to empathize with or understand the main characters. (Granted, that's a lot to ask of an email forward, so instead of bothering with them, let's just learn what not to do from them.)   By giving the reader real people with authentic personalities -- including the bad guys -- our fictional folks become people they want to know, or maybe want to avoid, and either way they're involved.

Clever writers also create a mood with setting; perhaps the most blatant and overused -- but still effective -- being rain when the hero's future is suddenly gloomy.  Empty or broken objects in the scene are oft-used echoes of the hero's potentially lost cause.  There is much that can parallel the circumstance and suggest "this is sad" besides tears.

Not that characters can't cry, of course.  Giving them true-to-life personalities demands that they are capable of waterworks.  We simply have to save it for moments of genuine anguish.  If our heroine becomes inconsolable because she lost her wedding ring, how will we top that emotion later on when her mother dies?  Save that beat for when you really need it.

A savvy reader will pick up on inappropriate and overblown character reactions.  Sometimes it's best to let the scene speak for itself and let the reader decide how sad they think things are.  In the words of Lemony Snicket:

"When someone is crying, of course, the noble thing to do is to comfort them. But if someone is trying to hide their tears, it may also be noble to pretend you do not notice them."