From time to time I like to watch a movie with the script in front of me.  It's always fascinating to see the finished product alongside its original vision. If you're similarly inclined, one great site where you can find a wealth of scripts from movies, TV shows, plays, musicals, and even radio dramas is www.simplyscripts.com.  In the "Movie Scripts" section they provide links to everything from Bridesmaids to Purple Rain to Casablanca.

If you're like most writers, when writing fiction you picture it all in your mind like a movie. And it's almost impossible not to form a mental picture of the characters, including the most momentary of bit players.

Likewise, if you're writing nonfiction and actually know the people involved, their physical impressions are even more firmly entrenched.

But let's combine elements of all of that for this interesting scenario: Let's say they're making a movie of your life story, and you have to cast famous actors in the different roles.  Who would you choose to portray you, your family, your friends, your workmates, and the other key players in your life, past and present?

It's not only a fun and entertaining exercise but a revealing look at your perceptions of those around you. If you're like me, the hardest role of all to cast with any assurance of accuracy is yourself. 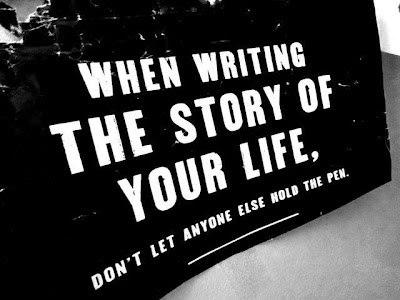 Most of us never actually will write down our life story for the world to see.  But as Kimberly Rae advises in the May/June issue of Southern Writers ("Your Story: Writing a Memoir People Will Actually Want to Read"), we all have a tale worth telling, if only to share with those who come after us.  Kimberly speaks of her grandmother, who lived through the Great Depression and had to have a double wedding with her sister to save money.  Because her legacy of adventures were never committed to paper, they can only be handed down through forgetful word of mouth until they eventually fade into oblivion.

You don't have to be a celebrity to write your memoir.  If nothing else, considering immortalizing the significant events of your life. As Kimberly says, "Life is fragile. And beautiful. And each of us has experiences worth recording."  She even points us in the right direction to get us started easily.

Will your story still be told a hundred years from now?  If you write it down, the answer is yes.