The Flow of Passion

Today staff writer and author Londa Hayden takes a turn at the Tune-In Tuesday wheel.  will be back next week.

One of my favorite singers is Josh Groban. In fact, it was his music that initially inspired me to write in the first place. It started with his work in Africa for an orphanage filled with children who had lost their parents to AIDS or war. After viewing the video where Josh visited the children of , my heart was captivated by their spirit. Thus began my journey with the Grobanites for Africa charity. I was inspired to write a poem that captured the essence of Josh's work with the children of Africa. I grew as a writer and revised the poem many times over to simplify the thought pattern. I decided it would work best in a children's book format.

My good friend, Connie Orlando who happens to be a gifted artist, created and contributed two beautiful watercolors to my project. When I saw the first picture, I was awestruck with the beautiful, vivid colors, and I knew immediately that would be the cover of the book. I spent several months researching the various and languages so as not to offend or cause misunderstanding in the text of the poem. Then it was time to find an appropriate publisher. I settled on Blurb.com, a publish on demand firm that allows you to create your own book and provide your own pictures at little to no cost. My obligation was to purchase the final edited version to get it published and posted in the online bookstore. You have the option to purchase copies at a discounted rate and you can set your own retail price. 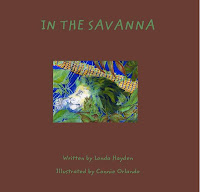 But before I could finish my layout, I needed more pictures. I researched the Internet for photos of and African children that were royalty free and in a public domain status, which meant they were absolutely free to use for whatever purpose I had in mind. There are lots of free photo websites out there, but not all of them offer royalty free and public domain status photos—so it is important to do your homework. I found out the U.S. Army offers free photos and they had many options available on their website. With my chosen photos properly resized and stored, I finished the layout of my first picture book In the Savanna. The whole process was fun as the website software is very user-friendly.

All the proceeds go to an orphanage in Africa, namely the one supported by Grobanites for Africa. You can get a free preview and purchase In the Savanna at blurb.com. I also offer it on my website at http://londahayden.com. I have received feedback from many of my Grobanite pals who have purchased a copy for themselves, their children, or grandkids. Last year, I was fortunate enough to learn that Jon Christos, another well-liked operatic singer in the Great Britain area, read it on his radio program.

You should write what you know and even though I've never been to Africa, I definitely had a passion to know more about what was going on over there. The Internet was a great tool to find lots of information along with several books and periodicals I researched at the local library. I even interviewed with people who have either lived or visited various places in on mission trips. It was an inspiring adventure that opened my eyes to a world way beyond my own. I have now set out to write my first action/adventure/romance novel Rescue in the Congo. 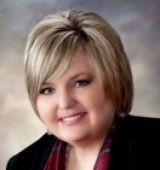 “In the Savanna” is Londa Hayden’s beautifully illustrated picture book with watercolors and photographs that offer a gentle introduction to young children about the orphans left behind, because of the AIDS pandemic in . It offers positive reinforcement to find a cure in this next generation through a simple poem that will inspire compassion and hope for the future of and the world. 100% of all profits will go to a charity that help the orphans of .