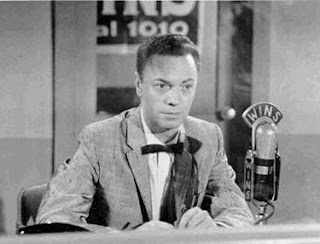 In my early teens, my favorite radio station was the kind you don’t hear anymore. They played pure Top 40, had “boss jocks” with echo on their voices, and, best of all, they had a request line where you could record yourself and dedicate a song to a friend. You’d listen all night to see if they played your request with your intro, and it was 15 seconds of fleeting – but very satisfying – fame when they did.

One night the DJ made a comment that I’ve never forgotten. He said he had a board in front of him full of lights that showed all his listeners, and every time someone tuned in or tuned out, a light reflected that. Even as I heard that, it sounded a bit far-fetched, but I didn’t know for sure until I met a DJ who straightened me out.

Many is the time I’ve wished that had been true, so that somebody somewhere would notice how quickly I change the station anytime “Man, I Feel Like a Woman” comes on.

These days – with the advent of cable TV, where everyone’s interconnected by something more tangible than mere airwaves – it’s a credible possibility that our television viewing habits may be automatically calculated via master control computers. Just in case, I leave Nickelodeon on all day for the dog instead of the Game Show Network, lest Baggage get any points for accidental viewing.

In a short time, modern technology has changed everything we know, and is continuing to. In the year ahead, this is especially good news for writers. While corporate greed (and the ability to air 24-hour national programming on all its stations) has broadcasting chains sending local DJs to the unemployment line, the publishing industry is seeing a huge chunk of its power going to the little guy. Writers are e-publishing their own books, and doing just fine. 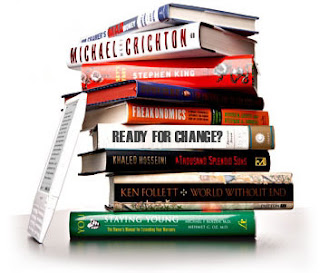 In 2011 Amazon reported that its sale of e-books is now slightly surpassing sales of print books. This news has brick and mortar bookstores shivering in their Rockports, but despite the demise of Borders last year, there’s no need for Barnes & Noble to get out the white flag yet. A great number of readers still prefer reading from a printed page rather than peering at pixels on an e-reader.

Which, by the way, is one reason we offer both print and online versions of Southern Writers Magazine. Currently our readership is at exactly the same ratio that Amazon reports, with e-subscriptions hovering just above those receiving the print edition.

What this all means to us writers is, we have more ways than ever to get our words out to the public. We can still pursue the traditional route of going through agents and submitting to publishers, or we can create an e-book and test the online waters ourselves. In addition, there are corporate blogs which hire writers to create their content, and companies willing to advertise on your own site if your blogposts generate a buzz. None of this was possible even a decade ago.

Isn’t it great to be a writer in 2012? I hope all your writing dreams come true this year, and I only wish there was still a radio request line somewhere so I could dedicate “Paperback Writer” to you and your upcoming e-book.