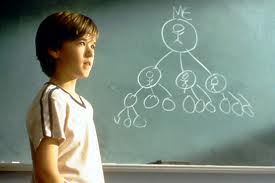 Trevor McKinney knew too much. The son of an absentee abusive father and an alcoholic mother, this twelve year old boy cared too much for himself and as a byproduct the world. The course of this boy's life was radically altered when his curmudgeonous Social Studies teacher, Eugene Simonet, gave a class assignment.


Trevor proposed a new social system under which a single person performed three acts of extraordinary kindness for three complete strangers. As repayment, the recipient would be asked to "pay it forward" and do an act of extreme compassion for someone else. He believed that if people kept paying kindness forward that eventually the course of the world would be altered.


Trevor McKinney existed only as a character in a movie but I wonder how it would impact the effectiveness of a social media strategy if one began to pay it forward. Could we for example:


Trevor McKinney passed away the same year he initiated his experiment. He died believing his project to be a failure. In reality the movement changed innumerable lives and not just those written into the fictional story line. Today a non-fictional foundation exists to promulgate this boy's dreams into reality.

Do you like me have big dreams you want to see become a reality? Pay it forward. Perhaps the person who ultimately gets paid is you.