Swinging In On a Vine

After putting the September issue to bed, Gary is taking a much deserved day off. Help us welcome his guest poster,  Vicki Moss, Editor-at-Large. 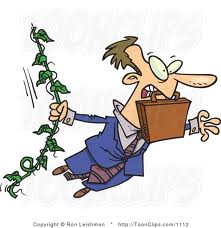 Have you ever swung into the writing jungle for a critique and disagreed with comments or some of the advice? If so, did you revise the manuscript or hold to your original wording?


I remember for the longest I didn’t want to enter contests or have someone critique my work for fear of what might be said. Traveling across country once to attend a writing conference, I was exhausted. Midnight approached. Fourteen toughened writers sat around a table as an author critiqued their work. I was fifteenth. A writer newbie. As the night dragged on, I kept thinking, why did I send my manuscript in? These people are such prolific bards. My manuscript is horrid. How can I slip my story out of the pile and roach-squeeze beneath the door crack? If only I could toss coffee on my words so they would be illegible.


At last, my manuscript, “My Bugs Bunny Bad Hair Trip,” was pulled from the pile. The well-published author who had critiqued our work read a couple of paragraphs, waved her arm and belted out, “Who cares!”


Why don’t you tell me what you really think!


After a nightmare like that, did I ever go back to another conference for a critique?


And received even more criticism.


But the next time, I’d changed my mental attitude and my cowardly lion carcass had become as tough as elephant hide.


It took me awhile to realize that a critique was subjective.


Some may not like what I write—others may love what I pen.    The trick was to discern which suggestions were to be written in stone. Only I, as author, knew what audience I was trying to reach.


Of course, there were basics that needed to be adhered to like plot, story arc, beginning a story with a hook and also ending a chapter with a hook to keep the reader engrossed and turning pages.


And I could break some of those once I knew them.


What really cleared smoke from my eyes was when I sent three manuscripts to a contest. Each manuscript was critiqued by two judges. For two of the manuscripts, the judges made similar comments. No brainer.


On the third manuscript, the judges were polar opposites on the critique and scores. After carefully reading through comments from both, it was obvious one judge wasn’t as experienced at critiquing. So, some suggestions I kept; others I tossed.


Sometimes, I had to use intuition, especially if a judge didn’t have my synopsis and had no way of knowing where my story was headed. On one occasion, a judge told me I had to change a certain line. Did I want to change the line and have a better chance at winning the contest…or did I stick with my inherent beliefs?

I adhered to my beliefs.


What I’ve learned in summation:
Give a Tarzan yell and rally 'round my new motto: "Bring on the poisonous blow darts and the kettle water on to boil-I'm swinging in on a vine."