Creativity or Sales...Why Not Both?

Ayn Rand, author of Atlas Shrugged, said, “A creative man is motivated by the desire to achieve, not by the desire to beat others.” As writers our desire is to be creative and to express ourselves to others in the gift of our words. On the opposite end of the spectrum are the words of Thomas Edison concerning his creations; Thomas Edison said, “Anything that won’t sell, I don’t want to invent. Its sale is proof of utility, and utility is success.” That sounds like validation of worth through sales. Both make a point and we as writers are faced with both sales and creativity.
We see it in all manner of artistry and creativity. Hollywood movies make the point with a critically acclaimed movie as opposed to a money maker. Take a look at the movies of John Wayne and in later years Burt Reynolds. There are very few critic awards given to the on screen endeavors of the two. But both made astronomical sums of money at the box office. 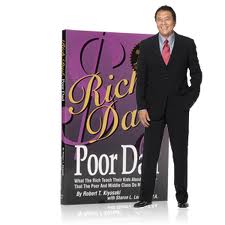 Robert Kiyosaki, best-selling author of Rich Dad Poor Dad, tells of an interview with a young journalist. The journalist mentioned she had written a book but could not get an agent or publisher interested in it. Kyosaki suggested she may want to go back to school and take some marketing classes. She was insulted by the idea that she, a college graduate with a degree in journalism, should go back to school for a marketing class. Robert asked why she was interviewing him. Her reply was he is a best-selling author. Robert affirmed, best-selling not best-writing. You must learn to sell yourself and your book. A few marketing courses may help you do that.
The question is must we choose between creativity and sales? Matter of fact, unless we are independently wealthy, we need both. Each fuels the other. Many times we are directed toward one or the other and must decide. In the midst of a decision, I have heard our Southern Writers Magazine Editor-in-Chief Susan Reichert say so many times, “Why not both?” “Why not both?” may be your answer.