Judging Books by Their Covers


The parade of new movie posters hanging outside the local Malco theatre on any given weekend affect me in the same way ancient sailors found themselves drawn to the song of the Sirens. Approaching them from afar fills me with unparalleled anticipation of the mystery, beauty and adventure Hollywood hopes will lure us into its buttery-smelling catacombs.


And yet, once the posters are within view, it takes less than two seconds to assess each banner and develop a definite sense of whether or not that matinee will get the nod. About a second for the title and a second to glance at the picture, and I’m on to the next. 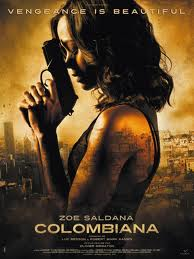 Relatively speaking, a great many factors are deduced in such a short amount of time. All at once, consideration is given to familiarity with actors, the appeal of the graphics, the cleverness of any tagline and, of course, the showtime (in the event I’ve already missed the beginning). But, for my money, the most immediate deciding factor is the title.


Case in point: a movie came out this week called Columbiana. It may be a terrific film; it may be a total bore. I’ll never know personally because the title was one of those instant turnoffs. It just sounds like yet another South American drug smuggling artillery-fest. (I’ve since learned that it’s about a girl who grows up to be an assassin or something.) I contend that the movie would have a wider appeal if they had taken a little more care to pick an enticing title. If the girl had an interesting name, Natasha would be a better title. Or since she’s a killer, how about Femme Fatality?


Not to pick on Columbiana; that just happens to be a current example. For the sake of contrast, let’s look at other titles now showing that do evoke some sense of what the movie’s about:


Rise of the Planet of the Apes


Don’t Be Afraid of the Dark


Regardless of whether those titles draw you in, they don’t beat around the bush; they tell you something. Another example, Midnight in Paris, suggests a mood that is very much like the movie itself. And vague though they may be, even The Debt and Crazy, Stupid, Love at least suggest a theme. Now, I haven’t seen any of the above and am not endorsing any (although another intriguing title is Seven Days in Utopia; I have seen that and recommend it enthusiastically).


The same personal scale by which we rate movie posters is in play when we’re browsing the bookshelves. That all-important title, coupled with appropriate cover art, is going to determine whether we pick it up to see more. A look at this week’s New York Times fiction bestsellers reveals these evocative titles:


Kill Me If You Can


A Dance with Dragons


A Trick of the Light


The Language of Flowers


Flash and Bones (I think this author would appreciate Femme Fatality) 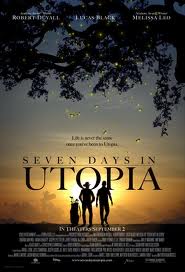 All of those titles pop, and even the most indistinct of them bear some connection to what lies between the covers. In all cases, if the title doesn’t say it all, the supportive artwork fills in the gap.


Whether it’s your book, movie, blog or YouTube video, it never hurts to declare your intentions with a solid title. You can still get creative as long as you decide on a name that evokes some idea of what you’re going to deliver. Whichever the case, you’ll want to avoid ambiguity, which could cause you to be written off, having evoked no reaction at all.


Next time you’re at the movies, I invite you to take note of how much the titles alone have influenced your choice. And if you see Columbiana, you’ll have to tell me if it’s any good.